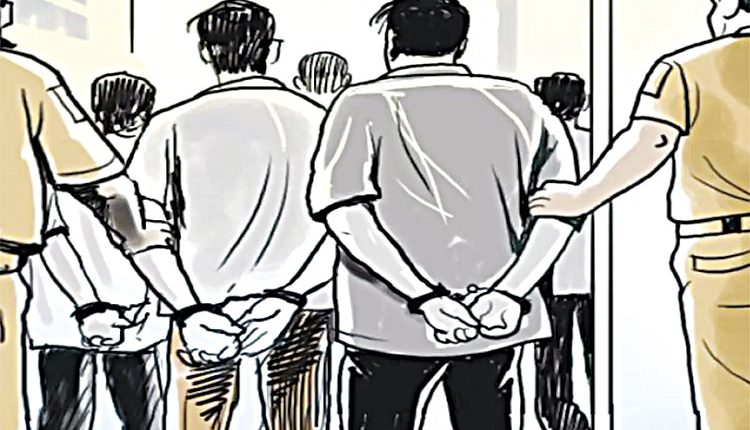 Thane, Jan 25 (Agency) The Navi Mumbai police on Sunday arrested four persons who allegedly opened fire on an estate agent from Pen on the night of Saturday at around 11.00 p.m. police said. Sr. PI Shatrugana Mali of the Kharghar police station told this correspondent that last night Pratik Aher,24 the victim had come to Vashi on some work. He was returning home at around 11.00 p.m. while he was purchasing cigarettes at Kopra village the three unidentified persons arrived on the scene and asked him to hand over the keys to the two wheeler and attempted to snatch his mobile and money. An offence under sections 397,511 of the IPC and Arms Act has been registered with the local police at Kharghar. The police are probing if the accused were involved in any more such crimes in any other parts the police officer said.

Man held under Excise act for carrying 63 bottles of liquor