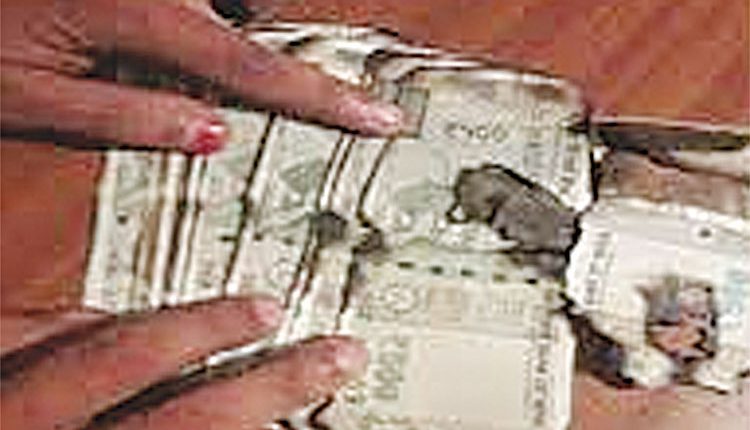 Hyderabad, Jul 26 (Agency) The sleuths of Anti-Corruption Bureau (ACB) on Monday caught red-handed a Forest Section Officer red-handed when he was accepting a bribe amount of Rs 15,000. Punem Nagoreju, Forest Section Officer, Erandi Section, Aswapuram Range, Manuguru Division was caught red handed in the premises of Bus Stand when he demanded and accepted the bribe of Rs.15,000 from the complainant I3anothu Vecranna of Kothuru Tanda, Satyanarayanapuram (village), Aswapuram (mandal, Bhadradri Kothagudem district “to return the complainant’s cement poles taken away by him, and to allow the complainant to lay a shed to run a Chicken & Kirana shop beside the Manuguru-Mondikunta road in Mondikunta village,” an ACB release here said.