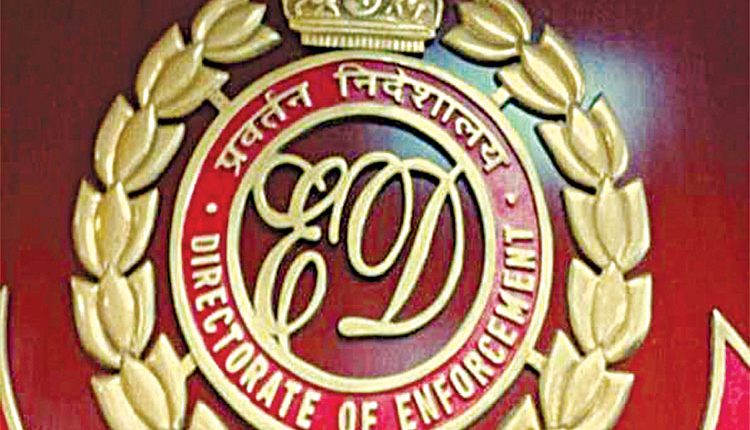 New Delhi, Dec 17 (Agency) The Directorate of Enforcement (ED) on Thursday said that it has attached movable and immovable properties worth Rs 1.12 crore of a Bullion Trader of Surat under the Prevention of Money Laundering Act, 2002 (PMLA) in the Demonetisation case. According to the ED officials, the accused was identified as Hemanshu R Shah. The ED sleuths attached Hemanshu’s immovable property worth Rs 94.12 lakh and also seized fixed deposits worth Rs 18 lakh, held in the bank account of Hemanshu’s firm Shah M G Choksi.

Accused Hemanshu, in connivance with Maharshi Chokkas, used the photo and identity proof of one Nirav Rashmikant Shah of Nirav & Co and illegally utilised the bank account for depositing demonetised SBNs to the extent of Rs 36.17 crore and channelised the unaccounted black money into the banking system, the agency added. ‘Hemanshu had further utilised an amount of Rs 2.20 crore out of the illegally routed demonetised notes through the account of Nirav & Co and on identification of the proceeds of crime, the movable and immovable properties worth Rs 1.12 crore of Hemanshu R Shah have been provisionally attached under the provisions of PMLA,’ said the ED. Further investigation was under progress, the probe agency added.

My aim is to create stable policy for business: J&K LG