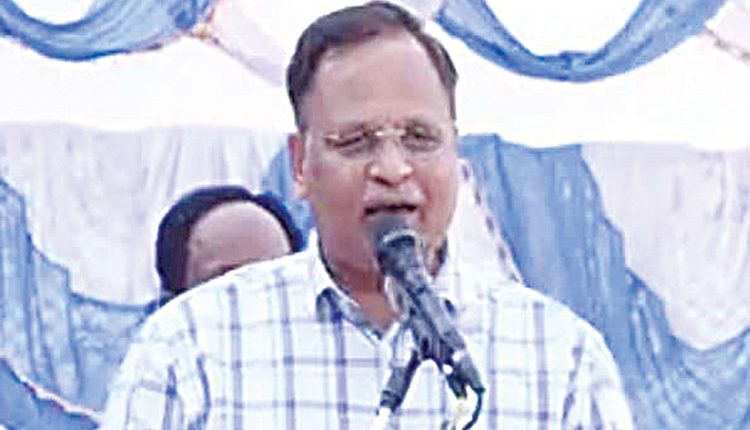 New Delhi, Oct 1 (Agency) Delhi High Court Saturday dismissed the petition of Aam Aadmi Party (AAP) leader and Delhi’s Health Minister Satyendar Jain who challenged the order of a trial court to transfer the Money Laundering case registered against him to another court. Delhi High Court Justice Yogesh Khanna after hearing argument on behalf of Prosecution and Defence Counsel said there was no illegality in the order passed by the Principle District and Session Judge, Rouse Avenue Court, New Delhi. The Court observed that after considering all the facts order of transfer was passed by trial Court.

Counsel for Jain moved a petition before Delhi High Court by challenging the order dated September 23, passed by Principal District and Sessions Judge Vinay Kumar Gupta, who transferred the case registered under the provisions of Prevention of Money Laundering Act against Jain from Special Judge Geetanjali Goel to Special Judge Vikas Dhull. The transfer petition of Enforcement Directorate was allowed by the Principal District & Session Judge after considering all the facts submitted on behalf of Enforcement Directorate and Defence Counsel. Delhi’s Health Minister Satyendar Jain was arrested by Enforcement Directorate on May 30 under the violation of providing of Prevention of Money Laundering Act and now he is in the judicial custody at Tihar.