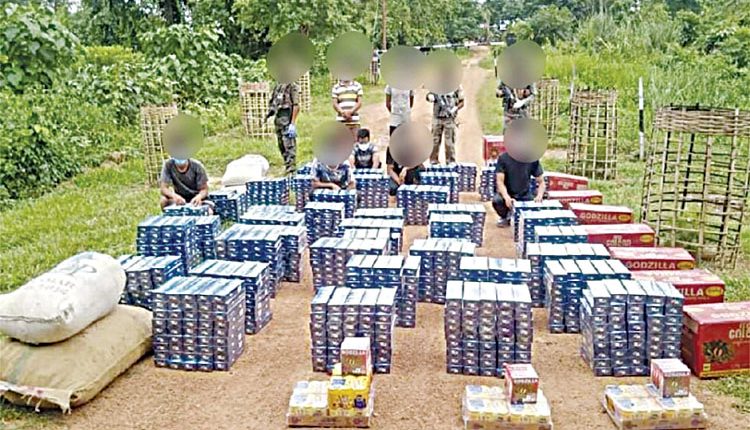 Imphal, Jan 31 (Agency) The troops of Assam Rifles have seized timber, brown sugar, betel nuts and rare animals, which were being smuggled to other parts of the state, in separate incidents. According to a statement here, troops of Shangshak Battalion intercepted three trucks in Ukhrul district on Saturday and seized 1350 cubic feet of Pinewood and Ucham wood, worth around Rs 4.32 crore. The timber was being illegally transported from Maku village of Ukhrul district to Imphal.

The drivers of the trucks were apprehended and later handed over to Shangshak Police Station for further investigation. Police said the troops of Assam Rifles searched the SUV plying without a registered number and recovered nine packages of brown sugar concealed in soap cases. Market value of the seized narcotics and contraband was estimated to be over Rs 35 lakh, added the statement.