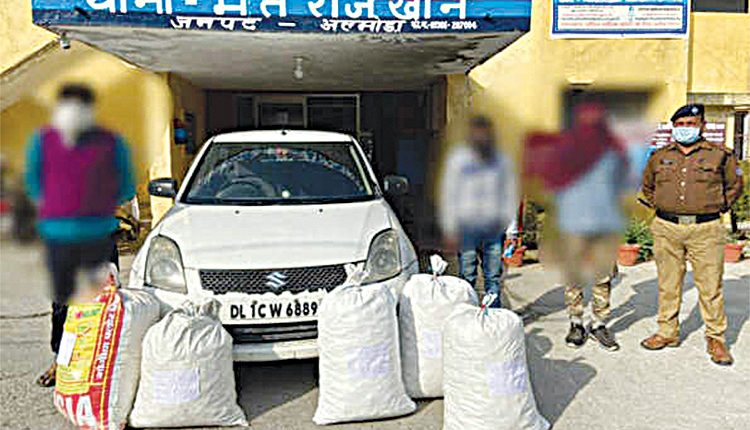 During the checking, police team recovered 78.890 kg Ganja from the car and the value of the illicit item was estimated at Rs 3,15,000, she said. All the arrested accused are residents of different districts of Uttar Pradesh. The police have registered a case under the NDPS act and seized the vehicle used in Ganja trafficking.

‘Women in combat roles soon with many schemes coming for them’