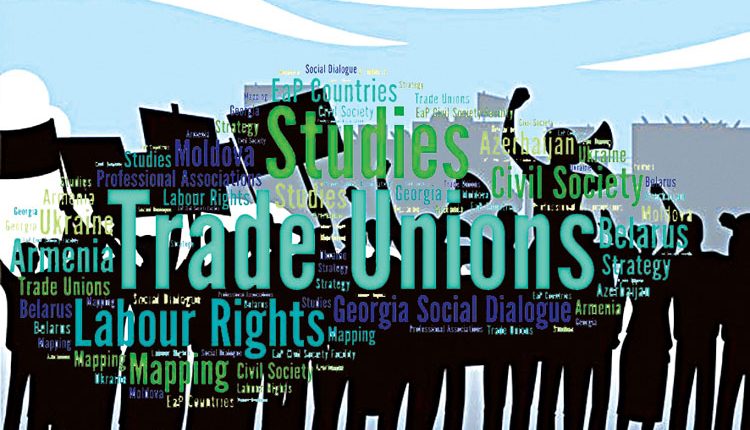 New Delhi, May 20 (FN Agency) A joint forum of ten central trade unions on Thursday gave a call to observe ‘Black Day for Indian Democracy’ on May 26 by weaning black badges and putting up black flags to press the government for their demands on May 26. Their demands include free vaccination for all, free ration and Rs 7,500 per month for the poor, repealing three farm laws and minimum support price for crops and withdrawal of four labour codes passed by Parliament last year. These codes are not implemented so far because rules under those are yet to be notified.

‘It is time to call a spade a spade. We begin by observing 26th May as the Black Day for Indian Democracy, wearing black badges, putting up black flags. We resolve on this day, not to rest till we achieve our demands, not to rest till a message is driven home that the toiling people will not remain passive bystanders, watching the Modi Government do as they please,’ a joint statement said. The 10 central unions in the joint forum are Indian National Trade Union Congress (INTUC), All India Trade Union Congress (AITUC), Hind Mazdoor Sabha (HMS), Centre of Indian Trade Unions (CITU), All India United Trade Union Centre (AIUTUC), Trade Union Co-ordination Centre (TUCC), Self-Employed Women’s Association (SEWA), All India Central Council of Trade Unions (AICCTU), Labour Progressive Federation (LPF) and United Trade Union Congress (UTUC). The unions are demanding free vaccine for all, strengthening the government-run Public Health System at all levels and immediate help to all unorganized/informal sector workers and unemployed people in terms of free food grains and cash subsidy of Rs 7,500 per month.

Besides they also demanded for repeal three farm laws, withdrawal of Electricity (Amendment) Bill, 2021, enactment of law guaranteeing Minimum Support Price of farm produce, and withdrawal of four Labour Codes along with draft central rules and convene Indian Labour Conference immediately. The also asked the government to put a stop to policy of privatisation/corporatization of PSUs and Government departments and withdrawal of all arbitrary suspension of 38 labour laws for a period of 3 years by the states ruled by BJP and its allies openly violating the international labor standards i.e. freedom of association (convention 87), violation of collective bargaining (convention 98), (convention 144) tripartite meeting and consultations etc. Giving the background of the black day on May 26, the forum said, ‘The Samyukt Kisan Morcha (SKM) has given a call to observe 26th May, 2021, as a Black Day for Indian Democracy. That is the day Narendra Modi Government took oath of office in 2014 and then again on 30th May in 2019. The 26th May is the day when the Chalo Dilli Kisan Andolan completes six months. ‘It is also the day when the All India Strike called by the Central Trade Unions on their continued demands for cash transfer to poor families, universally free rations to all needy, expansion of MGNREGA and new employment scheme for urban areas, against privatisation of PSUs and government departments, for scraping NPS and restoration of earlier pension scheme etc., becomes 6 month old.’