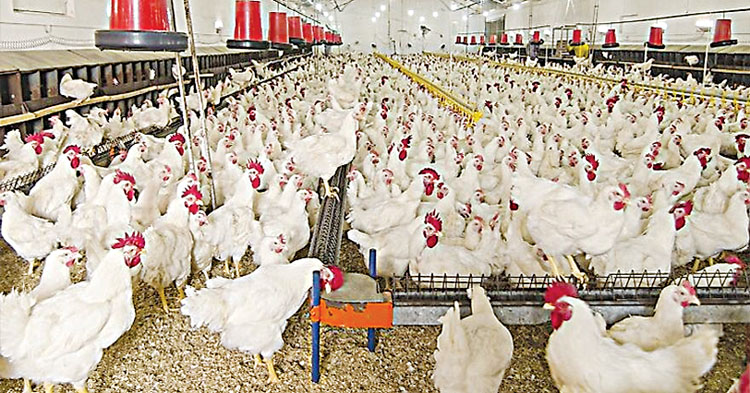 Kolkata, May 17 (FN Agency) The Indian livestock sector currently contributes 25.6% to the Agricultural GDP and 4.11% to the National GDP which is far below the potential it holds. The Poultry sector contributes INR 1.3lakh crore to the GDP. The poultry industry had run into losses of over INR 26,000 crores in just three months in 2020, owing to misinformation about COVID 19 spreading from the consumption of chicken and a nationwide supply chain and logistics logjam. This impacted not only the poultry industry but other auxiliary industries, such as the livestock feed manufacturers. In addition, the prices of raw materials, primarily soya meal, has gone up in the past few months. With the second wave of COVID hitting the country, the sector is facing new hurdles that is implicating the poultry farmers and the livestock feed manufacturers, gravely.

Soya meal one of the main components of livestock feed having 30% share in the feed composition has witnessed a sudden splurge in the price. The Indore market price of Soya meal 46% protein during March 2020 was Rs 30,000 Ex-plant. The price currently has gone up to Rs 54,500 per MT Basic. As compared to previous year, the Soya meal price has increased by a whopping hike of 82%. There is no particular reason or this type of abnormal price increase, as there are ample Soya stocks available in the market. Taking note of the situation, the Animal Husbandry and Fisheries department, issued an office memorandum to the undersecretary of the Department of Commerce, recommending duty-free import of 12 lakh metric tonnes of soya meal to avoid further ramification of losses for the sector. This recommendation was in response to a request made by the industry, which had raised the issue early in April. The letter has also requested regulation of soyabean commodity trade on commodity exchanges, which would end speculation-driven surge in soyabean prices. Commenting on the recommendation made, Amit Saraogi, Chairman, Managing Director, Anmol Feeds Pvt. Ltd. added, “The rising price of soya meal is impacting the price of the finished feed cost which has increased by 25% on overall for the past one year.

The feed industry is unable to pass on this Soya price hike to the end consumer fearing loss of customer base and reduced feed demand which in turn is leading to loss for the feed manufacturers.” “The recommendation made by the Animal Husbandry and Fisheries department to import soya meal duty free is a welcome and much needed move. This will provide relief not only to the poultry farmers and poultry industry at large but also to other associated and auxiliary industries such as the feed manufacturers, and the end consumers.

India’s poultry sector, valued at nearly Rs 90,000 crore, is going through a rough ride yet again, the third time in a space of 14 months,” he said. “The duty free import of soya will bring down the price to nearly half of the current market rate. This will help our poultry farmers largely and they will be able to reap proper benefits. We, humbly, request the Government of India to act upon this recommendation and help us in these difficult times of the pandemic,” Saraogi added. Poultry is one of the fastest growing segments of the agricultural sector in India today. As per the industry estimates, India produces 2.75 million tons of chicken meat and 65.48 million (2.86 million tons) of hen eggs/year. Furthermore, it employs 3 million people and contributes over Rs.45,416 crores to the Gross National Product. The Indian poultry market, consisting of broilers and eggs reached a value of INR 1,988 billion in 2020. Indian poultry market to grow at a CAGR of 15.2% during 2021-2026. The Indian livestock feed market size reached a value of almost INR 403.5 billion in the year 2020. The market is further expected to grow at a CAGR of 15% between 2021 and 2026 to reach a value of almost INR 933.3 billion by 2026.