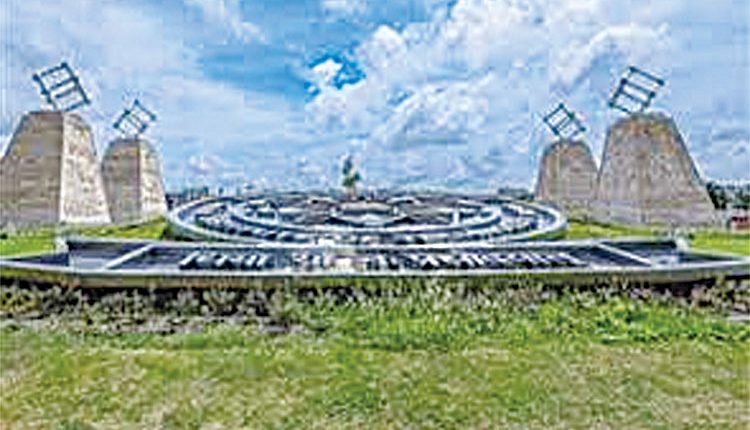 Ropar, Dec 1 (Representative) IIT Ropar would be the first Global Centre of Excellence (GCE) to be set up under the India Innovation Network initiative, announced the IIT Alumni Council on Tuesday. The core areas of focus of the center ill be Agritech and Water, with multi-disciplinary support from areas like artificial imaging, computer vision, IOT sensors, chemical engineering, nuclear physics etc. IIT Ropar recently got Rs 110 crore worth prestigious project for agriculture and water from department of Science and Technology, Government of India.

Being located in an agrarian state, it has been one of the mandates of IIT Ropar to take up research aimed at addressing Water-Agriculture related issues. The Global Centre of Excellence (GCE) are an extension of the overall vision of the India Innovation Network initiative which is building a fifty- institution ecosystem to revitalise research in India by building capacities, improving quality of researchers through better linkages globally and enhancing the brand value of India in general and the IITs and i2Net institutions in particular. This will help India garner a higher share of the Rs 500,000 crore market for funded research and sponsored PhDs. Speaking on this partnership, Director of IIT Ropar Prof. Sarit K Das said, “The entry of India into the global research marketplace is long overdue. IITs, with their rich legacy and global branding are rightly placed to address this opportunity. Punjab is best known for Agriculture and natural irrigation. If agricultural excellence were to be given a GI, then it would go to Punjab. We are looking forward to leading globally in research in Agritech and Water. By optimally exploiting the new paradigms emerging from the deployment of artificial intelligence, remote sensing and genomics, we are uniquely positioned to blend tradition with technology in a very different way than has been attempted thus far by traditional agricultural institutions – and this approach should lead us to new frontiers and achievements.”

IIT Alumni Council aims to facilitate the investment of Rs. 40 crores in GCE Punjab through PanIIT Institute and MegaFund. It will help India leapfrog to Agriculture 2.0 by increasing productivity, reducing chemical fertiliser and pesticide levels, managing water resources and creating better linkages with markets and direct consumers using disintermediation platforms. Divulging more on the subject, President of the IIT Alumni Council Sh.Ravi Sharma said, “IIT Alumni Council has taken up the vision to develop India as a leading location for high science research by creating an end-to-end ecosystem with revenue target of Rs 50,000 crores per annum. The Agritech and water ecosystem being co-created along with existing research and academic institutions will lay the foundation for Agriculture 2.0. In addition to revitalising the agriculture economy, the research initiative will also help create a contract and funded research ecosystem capable of earning substantial foreign exchange.”

Indian growth story continues as is demonstrated by the trends in FPI, FDI and Corporate Bond Market flows