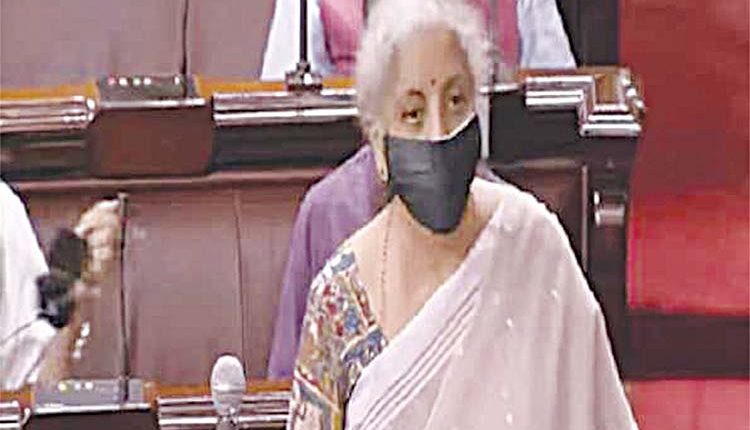 New Delhi, July 29 (FN Bureau) Amid non-stop sloganeering by members of the Opposition parties, the Rajya Sabha on Thursday passed the Bill seeking to help MSMEs by broadening the scope of entities undertaking factoring. Moving the Factoring Regulation (Amendment) Bill, 2021 for consideration of the House, Finance Minister Nirmala Sitharaman said that the Bill will benefit the MSMEs of this country because constantly there are difficulties faced by them due delay in getting their payments.

The Bill has already been passed by the Lok Sabha. It had been referred to a Parliamentary standing committee in September 24, 2020. Participating in the discussion on the bill, K R Suresh Reddy from TRS supported the legislation but said that it was not comprehensive. Further, piecemeal bills will not benefit MSMEs in true spirit. While few members preferred to lay on the table their views and comments citing constant uproar in the House, some members scheduled to participate in the discussion were absent.

Replying to the discussion, the Finance Minister said that there are only seven NBFCs which can extend the factoring benefit for MSMEs. Following the amendment in the Act, as many as 9,000 NBFCs can reach the MSMEs. “If they are able to access NBFCs who can perform as factoring third parties as well and where in place of seven now this Act will bring in 9000 (NBFCs), you can imagine the number of MSMEs that can directly benefit because of this,” she said. With more NBFCs participating in the factoring, it will help MSMEs realise their payments in time and improve their cash flow. Factoring will help them monetise the receivables. Delayed payment is one of the key reasons for distress in the MSME sector and it got amplified during the pandemic. TReDS is an institutional mechanism introduced by RBI in 2014 which facilitates financing of trade receivables of MSMEs from buyers through multiple financiers. After the Factoring Regulation (Amendment) Bill, 2021 was passed amid the ruckus, the Rajya Sabha was adjourned till 11AM, July 30.