VP calls for a nationwide campaign on water conservation; says all must become water warriors 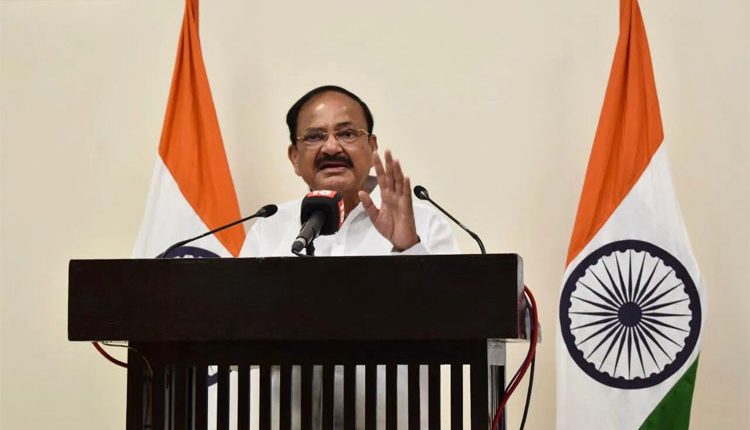 New Delhi, Nov 19 (Agency) Vice President M Venkaiah Naidu on Thursday called for a nationwide campaign on water conservation and urged each citizen to become a water warrior in saving every drop of water. He said it was time for everyone to realise the gravity of the situation and adopt water-saving measures at the earliest or else the world would face severe water shortage in the future. Speaking virtually at the Mission Paani’s Jal Pratigya Diwas event organised by News 18 and Harpic, the Vice President stressed the need for taking collective action to avert a major water crisis. He lauded the initiative and called it a step in the right direction. He also complimented them for observing Jal Pratigya Diwas. Noting that only 0.5 per cent was available for drinking out of the 3 per cent of freshwater available on earth, he said “India has more than 18 per cent of the world’s population but has only 4 per cent of the world’s renewable water resources.” Mentioning a UN report, the Vice President said around 2.2 billion people currently did not have access to safely managed drinking water, and around 4.2 billion, or 55% of the world’s population, were currently living without safely managed sanitation.

He appealed to take a pledge to protect every pond, every river, every spring and every brook from plastic bags, detergents, human waste, garbage and industrial effluents. He urged the farmers to adopt economical irrigation methods, manufacturing units to commit to saving water and people to turn off taps after use. “Conscious efforts need to be made at the household level and by communities, farmers, institutions, industries, and local bodies to supplement the efforts of governments and non-governmental bodies in promoting water conservation,” he added. He advised taking sustained measures to prevent pollution of water bodies, contamination of groundwater and proper treatment of domestic and industrial wastewater. “Micro-irrigation practices like drip and sprinkler systems have to be promoted in a big way for efficient use of water for agriculture,” he added. Mr Naidu called upon scientists and researchers to solve the challenge of water shortage by exploring innovative methods like desalination technology, collecting dew and wastewater recycling. Noting that the adverse effects of water scarcity were felt by women and children, the Vice President appreciated the steps taken by some of the states towards solving the water crisis. He complimented Meghalaya for its water policy and Goa for achieving ‘Har Ghar Jal’ target and suggested that every state must have a water policy. He also lauded Gurugram in Haryana for making rainwater harvesting a must for all and Kadapa in Andhra Pradesh for achieving a rainwater recharge of 3.57 TMC of water.