UP Sunni Waqf Board deny charges of AIMPLB on Ayodhya mosque 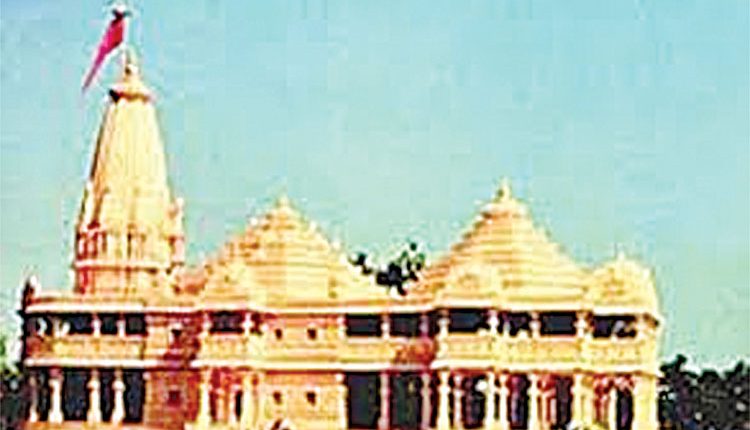 Lucknow, Dec 24 (Agency) Uttar Pradesh Sunni central waqf Board has denied the allegations of All India Muslim personal Law Board (AIMPLB) of illegality of the new mosque to be constructed in Ayodhya. “The entire process was conducted amiably without any avenues for dispute.

Needless to say, that no individual in any manner can claim to be the custodian of Shariah or the sole representative of Muslims in India, the instant statements have a tendency to create confusion and mislead the people, therefore a clarification in this regard is considered necessary by the IICF, ” claimed Board chairman and chief trustee of the Trust set up to construct the mosque Zufur Farooqui in a statement here on Thursday. The statement of the Board comes in wake of the comment of senior advocate and member of the All-India Muslim Personal Law Board (AIMPLB) , who had termed that the mosque being constructed at Dhannipur, Ayodhya as “illegal” and the construction of mosque and other associated facilities as impermissible under Shariah.

” Firstly, the objection qua the prohibition on barter or exchange of waqf properties is false or seemingly is made without reading of the Judgment, ” he said. Supreme Court had directed in its November 9,2019 verdict that “The Sunni Central Waqf Board would be at liberty, on the allotment of the land to take all necessary steps for the construction of a mosque on the land so allotted together with other associated facilities.” U.P. Sunni Central Waqf Board, was allotted 5 acres land at Village Dhannipur, Ayodhya by the Government of Uttar Pradesh. The Board had constituted a Trust by the name of Indo Islamic Cultural Foundation for the construction of a mosque and other associated facilities, with the U.P. Sunni Central Waqf Board, acting through its CEO, as its founding trustee. Besides Mr Farooqui said the proposed land is not of the waqf and it has been registered on the name of the Trust and it has paid the stamp duty for the 5 acres of land , which proves that it was not accepted on barter or in exchange of demolished Babri mosque.