UP has big potential for film industry : Satish Kaushik 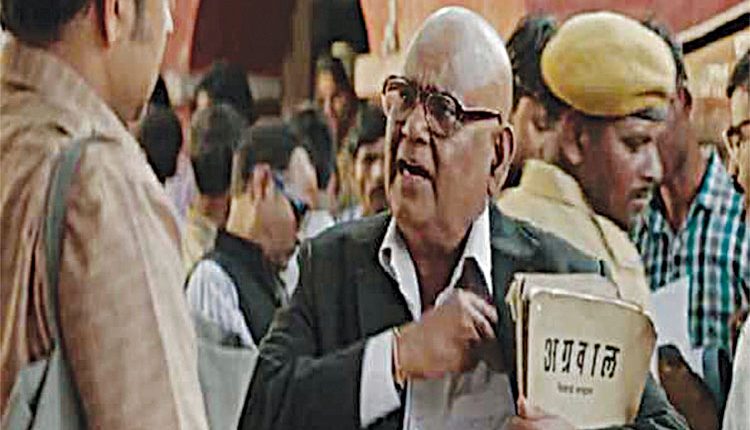 Lucknow, Jan 8 (Agency) Renowned Bollywood filmmaker Satish Kaushik has said that Uttar Pradesh has huge potential for film industry and claimed that Noida film city will fulfill the aspirations of the talents of the state. “Uttar Pradesh is a great state in terms of shooting films. The artistic culture and the locations coupled with conducive Film Policy of this state attracts everyone. After the proposed Film City in Uttar Pradesh, the dream of young artists who dreamt of working with top Bollywood directors and producers, will now be fulfilled in their own state,” said Mr Kaushik, who was in the city for the premier of his much-awaited directorial venture ‘Kaagaz’ on Thursday night.

He added, “It is my good fortune that my first film released in the cinema hall after corona pandemic was shot in Uttar Pradesh. As the movie is based on a real story of a man from UP, people will get a chance to see the life of the rural areas of the state. Undoubtedly, there are a lot of beautiful locations in this state, and I personally believe that more films from Mumbai will be shot in UP once the Film City in Noida is built.” Along with all the theaters of Uttar Pradesh, Satish Kaushik’s directorial is also streaming on Zee 5 originals. Apart from Pankaj Tripathi, the movie also stars Monal Gajjar, Mita Vashisht, and Amar Upadhyay. Apart from directing the movie, Satish Kaushik has also acted in it. He played the role of Pankaj Tripathi’s lawyer Sadhu Ram Kevat. Talking about sharing the screen with one of the most sought after actors of the country, Kaushik expressed, “When I was enacting scenes with him (Pankaj Tripathi) in the movie, I tried to be as good as him. I think Kaagaz will be one of Pankaj’s best films.”

Kaagaz is shot in Kanduni village in Sitapur district, about 60 km from Lucknow. The film’s story is based on a real-life incident that took place in the life of Lal Bihari Mritak, a farmer and social activist from a small village named Amilo in Azamgarh. In the film, Pankaj Tripathi plays a bandmaster who discovers he is officially dead in government records and decides to set things right and prove that he is alive. UP Minister and spokesperson of the state government, Siddharth Nath Singh, who was also present at the premier of the movie stated, said, “It is the effort of our Chief Minister Yogi Adityanath that the Film city will soon be set up in Uttar Pradesh. The government is also leaving no stone unturned to provide a lot of facilities for film production and as a result, today, more than two dozen films are being shot in the state. I am sure, in the coming days, along with Mumbai, UP will also give a new dimension to the Indian film industry.

Produced under the banner of Salman Khan Films and Satish Kaushik Entertainment Production, the film’s screenplay is written by Imtiaz Ali. It is worth mentioning that the makers of the flick will be holding a special screening on January 8 using the mobile movie theatre technology in Sitapur district of Uttar Pradesh. Earlier, describing his happiness that his directorial movie will reach many people through mobile theatre format, Kaushik had said, “This mobile theatre format reaches viewers instead of viewers going to the theatre. I am so glad that ‘Kaagaz’ will reach so many people through this release. Nothing makes me happier to know that ‘Kaagaz’, our labour of love, would reach a wider audience, especially in the interiors where watching cinema is still a far-fetched dream.”