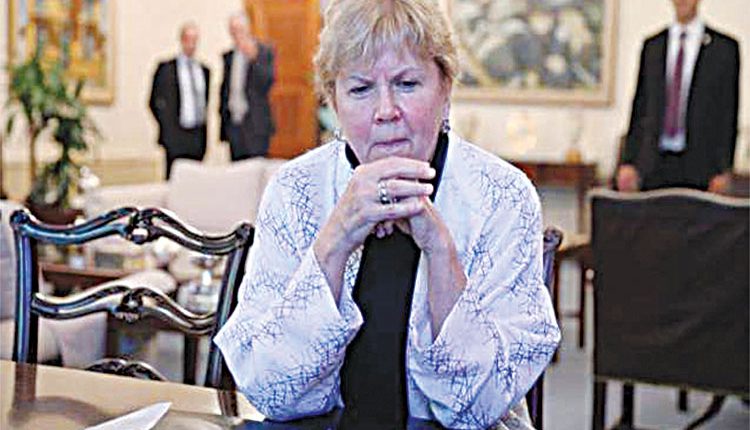 Athens, Nov 30 (Agency) – UN special envoy Jane Holl Lute has arrived in Cyprus for a series of consultations with a view to restarting five-party negotiations on the conflict settlement, Sigma TV reported on Monday. The United Nations has been seeking to convene an informal meeting of the Greek Cypriot and Turkish Cypriot leaders, as well as guarantor powers — Greece, Turkey and the United Kingdom — since the Turkish Cypriot community elected the new leader in October.
Lute arrived in Cyprus on Sunday evening. On Monday, she is scheduled to meet with Elizabeth Spehar, the UN special representative in Cyprus, and other members of the UN team. The next day, the special envoy will hold separate meetings with Cypriot President Nicos Anastasiades and new Turkish Cypriot leader Ersin Tatar. On Wednesday, Lute will head to Athens for talks with the Greek leadership. The date of her visit to Ankara has yet to be set, according to the channel. In addition, the diplomat is in contact with the UK and will continue communicating with her UK counterparts via videoconference.

Cyprus has been split between the Greek and Turkish communities since 1974 when Turkey occupied the island’s north. In 1983, the Turkish Republic of Northern Cyprus declared its independence, without being recognized by any country except for Turkey. UN-backed attempts to unite Cyprus have been unsuccessful so far, with the dialogue stalled since the last round of talks in Switzerland’s Crans-Montana in 2017. The new Turkish Cypriot leader, Tatar, previously stated that he was in favor of a two-state solution.