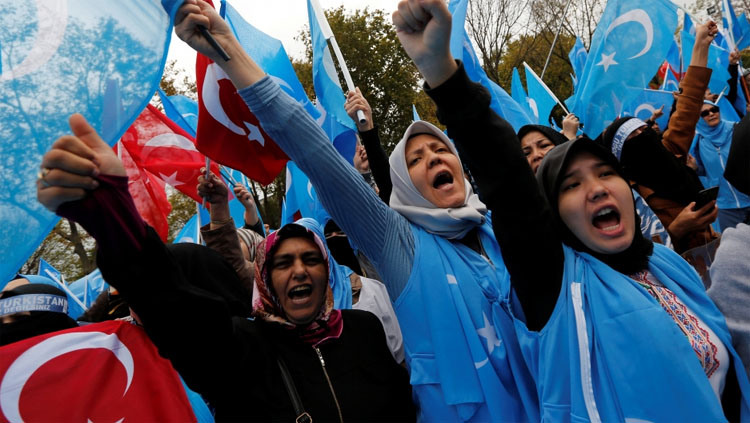 Washington, Dec 25, (Agency) U.S. administration would closely study the Chinese government’s crackdown on its Uyghur ethnic minority and may consider labeling it “genocide,” said a government official. As per a report by Kyodo news agency Ambassador-at-large for global criminal justice Morse Tan has been assigned the job of studying this issue by US Secretary of State Mike Pompeo. Tan will study the issue and report the outcome, though the timeframe for the report is not known.

U.N. convention includes genocide includes actions such as killing or imposing measures for population control committed with “intent to destroy, in whole or in part, a national, ethnical, racial or religious group.” The United States has accused Beijing of human rights violations against Uyghurs and other Muslim minority groups in the Xinjiang autonomous region. It has claimed that acts such as forced sterilization, mass arbitrary detention and forced labor have been perpertrated against the Uyghurs. On the basis of such allegations it may build a case against China for labeling it’s treatment of Uyghurs as genocide.

Speaking at a webinar US National Security Adviser Robert O’Brien told an online think tank in October that “if not genocide, something close to it” is taking place in Xinjiang. In 2016, under the Obama administration the United States declared that the Islamic State extremist group had committed genocide against religious minorities in areas under its control, including Christians and Shiite Muslims.