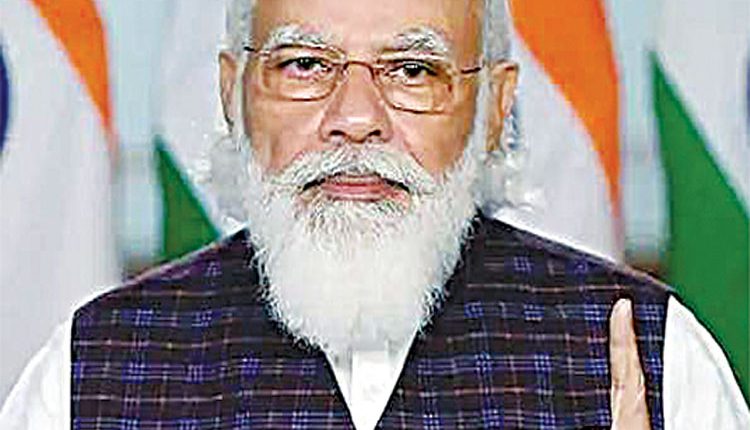 Washington, Dec 22 (Agency) – Incumbent US President Donald Trump has awarded the Legion of Merit to Indian Prime Minister Narendra Modi along with him the same has been announced for Australian Prime Minister Scott Morrison and Shinzo Abe, the former prime minister of Japan, US National Security Advisor Robert O’Brien said. “On behalf of President @realDonaldTrump, I presented the Legion of Merit to @ScottMorrisonMP, @narendramodi, and @AbeShinzo, through Ambassadors @A_Sinodinos, Sugiyama @JapanEmbDC, and @SandhuTaranjitS, who accepted the decorations,” O’Brien said in a statement released on the official National Security Council (NSC) Twitter page on Monday.

Abe received the award “for his leadership and vision for a free and open Indo-Pacific,” while Modi was awarded “for his leadership in elevating the US-India strategic partnership,” O’Brien said. The Legion of Merit military award of the US Armed Forces is given for outstanding achievements and service to foreign military and political figures, as well as to members of the US military.