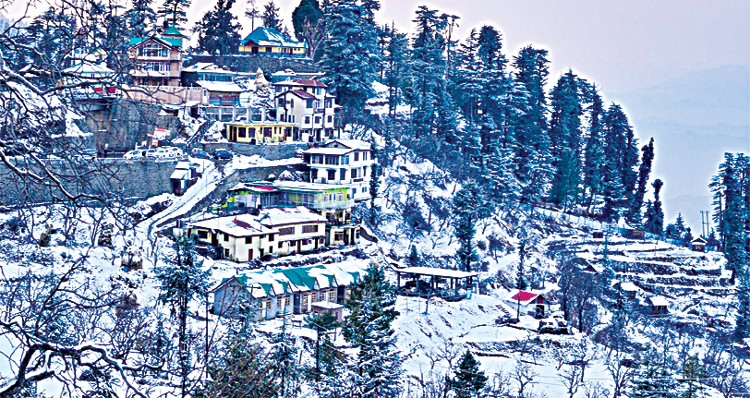 However, most of roads in Shimla and high land areas of district are snowbound. This Capital town recorded about 57 cm snowfall which is a major snowfall in this winter season. District Administration Shimla could not able to open the major road linking to Shimla as it was snowing continuously. Some snow cutters could be pressed on the important and VIP roads, however, slippery roads were not fit for traffic movement. There are heavy snowfall at tourist resort, Kufri and Narkanda, since Friday morning. Hindustan Tibet National Highway blocked, due to mounting of about half-feet snowfall on the road from Dhalli to Kufri and Fagu and between Matiyana and Narkanda, all link roads are off in the high land areas of Shimla district.

Number of HRTC, Local buses stranded on the way in various road forcing the commuters to walk on the slippery road to reach their destinations. Number of parents who are coming to the capital town as colleges and school are scheduled to reopen from Feb 8. Passengers in the buses and other vehicles are stranded as National Highway 88 and other road connecting to Shimla closed due to the snowfall.