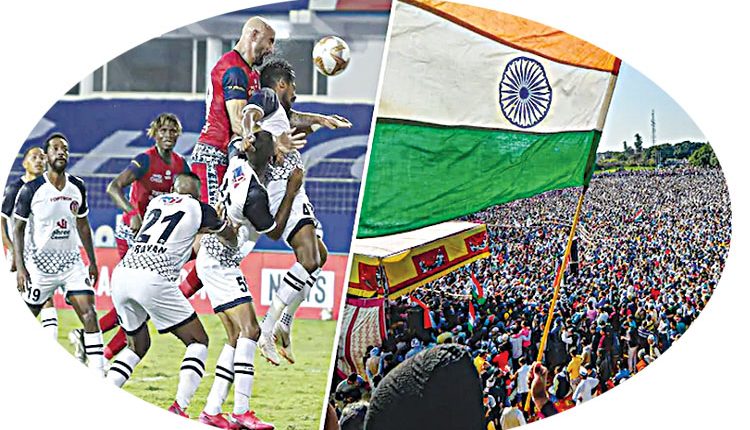 Washington, Feb 8 (FN Agency) The ongoing farmers’ protest in India was on Monday featured in a 30-second advertisement which was played during the Super Bowl in the United States, one of the biggest sporting events in the world. This ad had gone viral after a group in the United States which has been lending support to the farmer’s agitation took out the advertisement, according to many verified Twitter handles, it was indeed aired at the American National Football League (NFL)–Super Bowl.

The NFL championship game between the champions of the National and the American Football Conferences is one of the biggest sporting events of the year. And each year, the Super Bowl advertisements are a sight to behold because the biggest companies put out their most expensive advertisements, often featuring major celebrities. Over the years, the Super Bowl commercials have become a cultural phenomenon by themselves. However, this time, the Super Bowl ads are making news headlines for a different reason. “India take back the farm bills,” reads the opening slide of the advertisement. The short clip featuring Mayor Jerry Dyer of California’s Fresno, and names pop star and businesswoman Rihanna who sparked off the international discussion about the protest. However there were some baffling aspects to the clip, which begins by informing the audience that “ hundreds of thousands of farmers have shut down access to the Punjabi capital. Calling it the “largest protest in history”, the video also holds the Indian administration accountable for seven human rights violations – from cutting off internet access to “arresting journalists” and “beating protestors”.

While the short clip does not provide much by way of context or details about the farmers protests, it has certainly become a talking point online. The clip has been shared and remarked upon by many international personalities who had previously lent their support for the protests. While it remains unclear as to who made the clip, or who paid for the expensive advertisement slot, the clip was reportedly aired in states beyond California as well. A Twitter post by the Kisan Ekta Morcha indicates that the ad was the work of the Fresno City community. “Fresno City community put that ad during the Super Bowl. This is great work by community to aware people regarding Farmers Protest. Thank you Fresno Sikh Community,” the tweet adds.