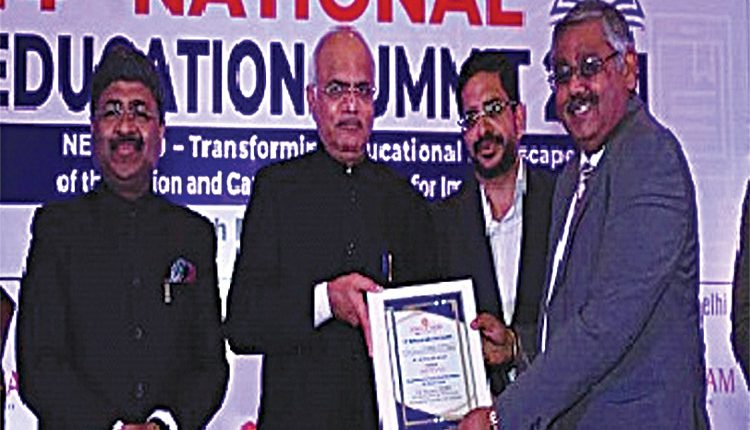 New Delhi, Feb 22 (Agency) ASSOCHAM, a 100 year old leading, largest and Apex Chamber of Commerce and Industry of India. It initiated its endeavor of value creation for Indian industry in 1920. Having in its fold more than 250 Chambers and Trade Associations, and serving more than 4,50,000 members from all over India. It has witnessed upswings as well as upheavals of Indian Economy, and contributed significantly by playing a catalytic role in shaping up the Trade, Commerce and Industrial environment of the country.

Today, ASSOCHAM has emerged as the fountainhead of Knowledge for Indian industry, which is all set to redefine the dynamics of growth and development in the technology driven cyber age of ‘Knowledge Based Economy’. ASSOCHAM is seen as a forceful, proactive, forward looking institution equipping itself to meet the aspirations of Indian Education Sector to make the Indian Institutions compete globally. The Prime Minister, Shri Narendra Modi delivered the keynote address at ASSOCHAM Foundation Week 2020. Addressing the gathering the Prime Minister commended the business community for their contribution to nation-building. He said now the industry has complete freedom to touch the sky and urged them to take full advantage of it, put your full strength in the coming years for a self-reliant India, he said.

The New Education Policy 2020 has already instilled a lot of hopes among all stakeholders in the education sector for a turnaround. The academic organization and the industries must work in a mission mode to revamp the educational architecture in tune with the requirements of the 21st Century to make India a leading nation in the field of education. In the light of above, ASSOCHAM Education Council had organized a Summit (virtual) from 18-20th February 2021. The Summit was inaugurated by honorable HRD Minister – Shri Ramesh Pokhriyal “Nishank”. The Summit was attended by Senior Educationists, Chancellors, Vice-Chancellors, Principals, Deans, Directors and Promoters of many Government and Private Universities, Institutions, Colleges, Edtech startups and Students from across the Nation.

The ASSOCHAM 14th National Education Summit nurtured an atmosphere of excellence and quality in the institutions that groom future leaders and felicitated those who had significantly contributed for the society in terms of Education. The winners were felicitated by Shri Vinay Prabhakar Sahasrabuddhe, Member of Parliament of India. He is also serving as National Vice President of Bharatiya Janata Party. A renowned political scholar, Mr. Sahasrabuddhe is currently the President of Indian Council for Cultural Relations by President of India. Sunrise Technical Education Promotional Society was awarded as “Excellence in Promoting Education for Social Cause”. Mr. Nameesh Miglani, Secretary – Sunrise Technical Education Promotional Society received the award on behalf of the Society.