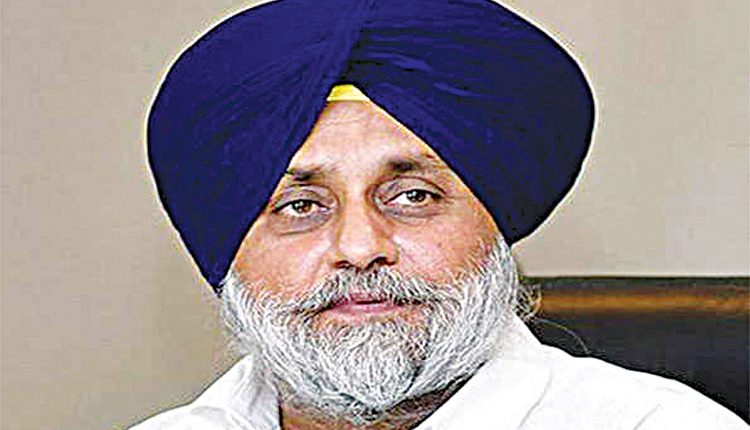 Shiromani Akali Dal (SAD) president Sukhbir Singh Badal on Thursday alleged that the Central government wants to punish the farmers for raising their voice against the three agricultural marketing laws which were forced through in Parliament.

“Bogey of talks is being raised with the sole purpose of defaming the farmers and giving the impression that they are being stubborn. The truth is that it is the centre which is being obstinate by refusing to repeal the three Agri Acts which are unacceptable to farmers across the country,” Mr Badal said in a statement. Mr Badal said the centre should hold talks on ways and means to repeal the three Agri Acts in a sincere manner.
“It should also desist from defaming farmers as separatists and victimizing Arthiyas through income tax raids. It would be best if the government called a special one day session to repeal the three Agricultural laws. Once this is done then new laws can be framed in consultation with farmers. Not doing so will only strengthen the impression that the corporate players who stand to gain through enslavement of farmers are coming in the way of a fair settlement to the ongoing farmer agitation”.

IRCTC eticketing must have features for ease of booking: Goyal