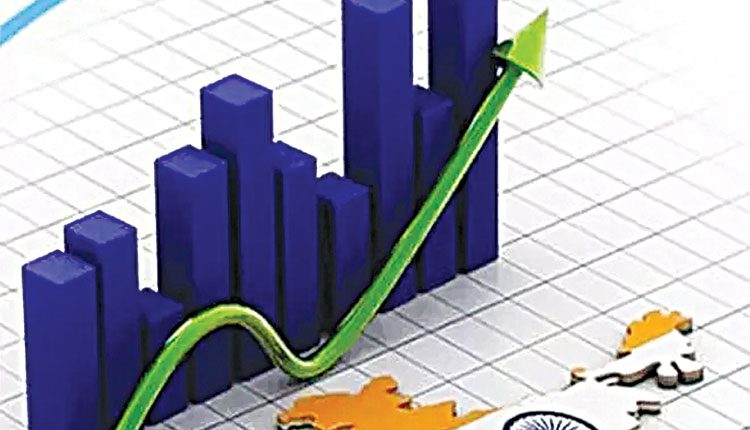 New Delhi, Feb 8 (Mayank Nigam) As per the Estimates of Gross Domestic Product (GDP) for the First Quarter (Q1) of 2020-21 released by the National Statistical Office (NSO), Ministry of Statistics & Program Implementation (MoSPI), the real GDP in India contracted by 23.9 per cent during the first quarter of 2020-21 (as against 5.2 per cent growth in Q1 of 2019-20). India’s GDP growth rose to (-) 7.5 percent YoY in Q2 (as against 4.4 per cent growth in Q2 of 2019-20), a sharp rebound from the pandemic induced decline in Q1. This was stated by Shri Anurag Singh Thakur, Union Minister of State for Finance & Corporate Affairs in a written reply to a question in Lok Sabha today.

Citing RBI data, the Minister said that India’s GDP growth is estimated to contract by 7.5 percent in 2020-21 and grow by 10.5 percent in 2021-22. The fundamentals of the economy remain strong as gradual scaling back of lockdowns, along with the astute support of AtmaNirbhar Bharat Mission has placed the economy firmly on the path of recovery. Net payroll data of Employees’ Provident Fund Organisation (EPFO) as on 20th January, 2021 shows a net increase of new subscribers in EPFO of 78.58 lakh in 2019-20 as compared to 61.1 lakh in 2018-19. These estimates are net of the members newly enrolled, exited and re-joined during the year as per records of the EPFO. During FY 2020-21 (AprilNovember), the net new EPF subscribers stood at 45.29 lakh. (d) In FY 2020-21.

Giving more details about the schemes launched by the Government, the Minister said that the Government announced a special economic and comprehensive package under AtmaNirbhar Bharat including measures taken by RBI amounting to about Rs. 27.1 lakh crore – more than 13 per cent of India’s GDP– to combat the impact of the COVID-19 pandemic and to revive economic growth. The package included, among others, in-kind and cash transfer relief measures for households, employment provision measures under Pradhan Mantri Garib Kalyan Rojgar Abhiyaan and increased allocation under MGNREGS, credit guarantee and equity infusion-based relief measures for MSMEs and NBFCs and regulatory and compliance measures. Structural reforms were also announced as part of the AtmaNirbhar Bharat Package which, inter alia, included deregulation of the agricultural sector, change in definition of MSMEs, new PSU policy, commercialization of coal mining, higher FDI limits in defence and space sector, development of Industrial Land/ Land Bank and Industrial Information System, revamp of Viability Gap Funding scheme for social infrastructure, new power tariff policy and incentivizing States to undertake sector reforms.