Pitch will be Similar as before: Rahane 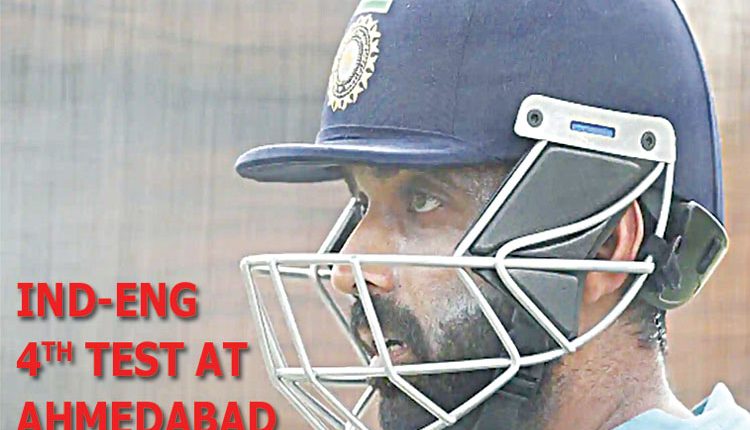 Ahmedabad, Mar 3 (FN Agency) India’s Test vice-captain Ajinkya Rahane on Tuesday said the pitch for the final Test against England would be similar to the second and third Test, which the host had won comfortably. Addressing the virtual press conference, Rahane said,”I think the pitch will be similar to the second Test match held in Chennai, which will help the spinners. Yes, the pink ball made the difference in the previous Test as it came much quicker off the pitch compared to red ball, forcing us to make some adjustments.”

Fourth match pitch will be similar to the last two Tests, he added. Speaking about the criticism of the spinning track in the third Test, Rahane said such criticism ‘should not be taken seriously’. “We never spoke against the pitches when we go abroad (helpful for fast bowlers) and the England team should expect a slow bowling wicket in the fourth Test here as well. We do not speak about the pitches which help fast bowlers, but people always talk about the technique of the Indian team, I don’t think we should take it seriously,” he said. England wicket-keeper Ben Fox recently said that fourth Test match pitch would help the spinners.

Rahane said the host not taking the English team lightly, adding that both the teams would try to put up a good show to win the game. We are focused on making it to the finals in the World Test Championship (WTC). Echoing pacer Ishant Sharma’s view over the Championship, he said ‘winning the Championship would be equivalent to winning the World Cup’. On being asked about the pitch in the Final of Test World Championship, he said, “At present, we are focusing to enter the final, then we would think about the pitch in the final. India are leading the four-match Test series with 2-1. The host need to avoid a defeat against the visitors in the fourth Test in order to qualify for the WTC final. New Zealand has booked a spot in the Championship final.