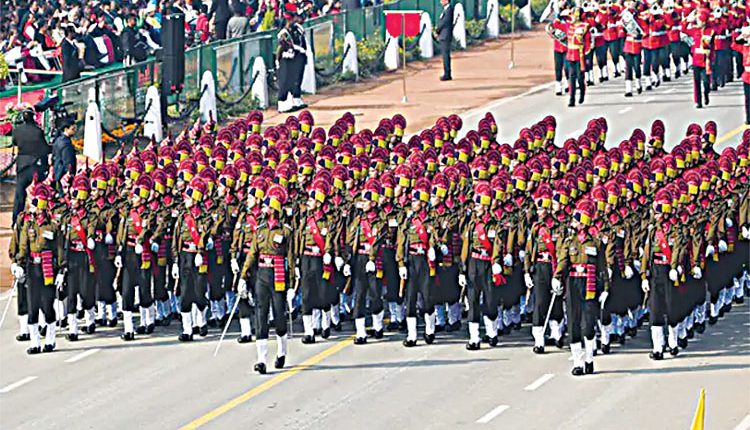 New Delhi, Jan 14 (Agency) Ministry of External Affairs on Thursday said there will be no Foreign Head of State or Head of Government as the Chief Guest for India’s Republic Day 2021 event due to the global Covid-19 situation, days after UK PM cancelled visit. This will be the first time in at least five decades that the Republic Day celebrations, seen as a high point in India’s diplomatic calendar, will not have a chief guest. The last time that the Republic Day did not have a chief guest was in 1966, the Indira Gandhi was sworn in as the prime minister following the death of Prime Minister, Lal Bahadur Shastri.

The years 1952 and 1953 too did not have a chief guest during the Republic Day parade. A HT report said the decision was taken after UK Prime Minister, Boris Johnson decided to cancel his visit due to the rise in the number of COVID-19 cases in the country. The Republic Day this year will be of shorter duration. The marching contingent will be smaller and the cultural performances will be fewer. The number of spectators too be reduced at Rajpath on January 26. The overall traditional character of the parade would however be maintained despite the restrictions. A contingent of the Bangladesh armed forces will take part in the parade in view of the 50th anniversary celebrations of the 1971 war of liberation.

The parade will begin from Vijay Chowk. However this year it would culminate at the National Stadium instead of ending at the Red Fort. This means that the parade which normally covers 8.2 kilometres will only 3.3 kilometres this year. Around 25,000 spectators will be allowed to witness the parade as compared to the average of 1.3 lakh people every year. There would be no permit for elders with Co-morbidities and children below the age of 15.