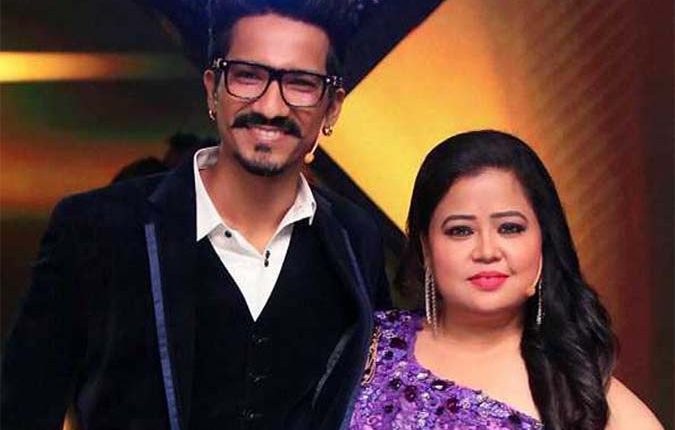 After comedian Bharti Singh, NCB arrests her husband in drugs probe
Mumbai, Nov 22 (Agency) Comedian Bharti Singh’s Haarsh Limbachiyaa was arrested on Sunday by the Narcotics Control Bureau (NCB) over allegations of possession and use of marijuana. Bharti Singh was arrested on Saturday after the NCB had raided her production office and house, and recovered 86.5 gms of ganja from both the places. During the interrogation, the couple have confessed to ganja consumption. Both of them will be produced before a holiday court here this afternoon.

Mumbai, Nov 22 (Agency) The Narcotics Control Bureau (NCB) on Saturday arrested comedienne Bharati Singh and detained her husband Harsh Lambachya for alleged possession of an unspecified quantity of Ganja from their residence in Andheri in north-west Mumbai. The raid, led by deputy director Sameer Wankhede, was conducted in the morning after a drug peddler revealed their names for their alleged involvement in Bollywood-drug mafia nexus, official sources said.

According to sources, NCB has recovered an unspecified quantity of ‘ganja’ from the residence of Bharti and her husband Harsh in Andheri, Lokhandwala Complex and Versova areas, during the raid. After the raid, Bharti and Harsh were detained and taken for investigations to the NCB offices in south Mumbai in separate vehicles, where they were questioned. On reaching the NCB offices, Bharti briefly told media persons that they had been “called for some questioning”.

“Ms Bharti Singh were placed under arrested as per the provisions of NDPS Act 1986 and examination of Shri Harsh Limbachiya is underway”, NCB said in a statement. The latest action is being considered as part of the ongoing investigations into Bollywood-drugs mafia nexus which the NCB is trying to unravel since the past three months.

‘Automation and Digitisation are two pillars of post-COVID economy’