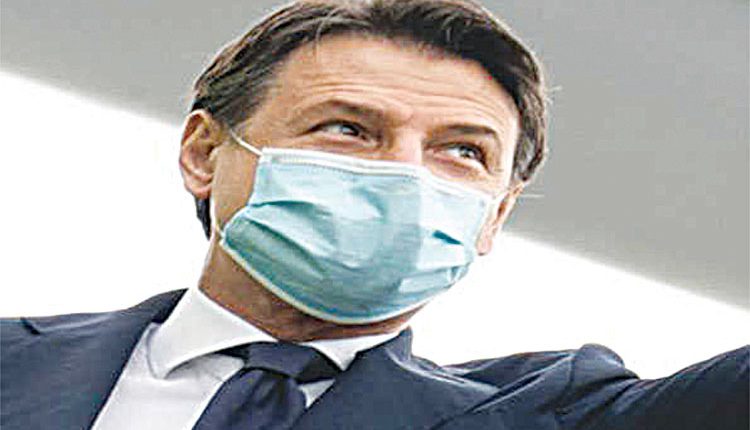 Rome, Jan 27 (Agency) Italian Prime Minister Giuseppe Conte announced on Tuesday that he will be meeting the President and hand in his resignation, after he faced severe criticism for his handling of the coronavirus pandemic. Italy which has been one of the worst affected countries from the COVID pandemic has so far registered more than 85,000 deaths from the coronavirus. Mr Conte said he hopes that the president will give him a mandate to form a stronger government, after he lost his majority in the Senate.

Should he fail to do so, then someone else would be given the task and if that too fails then fresh elections will be held. The law professor, who has headed two coalition governments since 2018, met President Sergio Mattarella, who has to decide the way ahead. Earlier on Tuesday Mr Conte confirmed to his cabinet that he would tender his resignation. Mr Conte survived a vote of confidence in the lower house, the Chamber of Deputies, last week. He then won a Senate vote, but without an absolute majority. The lack of a majority threatens to stymie government action which has necessitated the political shake-up.

The confidence vote was called after former PM Matteo Renzi pulled his small, liberal Italia Viva party out of the coalition and said he would only return if Mr Conte accepted a list of demands. Mr Renzi’s objections are regarding Mr Conte’s plans for spending €209bn of EU recovery funds – part of a €750bn EU rescue to deal with the COVID crisis. Mr Renzi wants Mr Conte to invest EU funds in sectors like digital and green technologies, and he wants technocrats, rather than MPs, to decide upon the allocations. However, the anti-establishment Five Star Movement (M5S) has said it will “remain at Conte’s side”. Mr Conte’s resignation comes ahead of a vote on judicial reforms later this week that MPs in his coalition warned he would lose.

Yellen becomes first woman to be appointed as US Treasury secretary