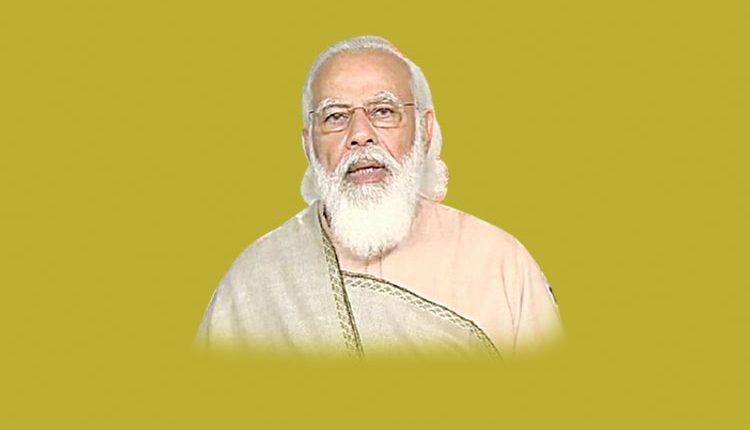 New Delhi, Feb 26 (FN Bureau) PM Modi said in a webinar “Effective implementation of Budget provisions regarding Financial Services” a clear roadmap has been laid out in the Union Budget on how to expand the participation of the private sector and strengthen the Public sector institutions. He added the Government’s vision of the country’s financial sector is very clear. Our top priority is to ensure that the Depositor as well as Investor experience Trust and Transparency. The old ways and old systems of banking and non-banking sectors are being changed.

The Prime Minister said, in the name of Aggressive Lending, the banking sector and the financial sector in the country was severely harmed 10-12 years ago. Steps have been taken one by one to free the country from non-transparent credit culture. He said now instead of brushing the NPAs under the carpet, it is mandatory to report even one day NPA. PM assured the audience that the government understands the uncertainties of the business and recognizes that every business decision is not underlined by bad intentions. In such a scenario, it is the responsibility of the government to stand by business decisions taken with clear conscience, we are doing this and will continue to do so. Mechanisms like Insolvency and bankruptcy code, are assuring the lenders and borrowers, he said.

The Prime Minister listed the priorities of the Government as Income protection of common citizens, effective and leakage free delivery of government benefits to the poor, promotion of infrastructure related investment for the development of the country. All the financial reforms introduced during the past few years reflect these priorities. This Union Budget has carried forward this vision of strengthening India’s financial sector. He said New Public Sector Policy announced recently includes the financial sector as well. There is a lot of potential for banking and insurance in our economy. In view of these possibilities, several initiatives have been announced in this budget including privatization of two public sector banks, permitting upto 74% FDI in insurance, listing Initial Public Offering for LIC, etc. The PM said that private enterprises are being promoted wherever possible, still, along with this, an effective participation of the public sector in banking and insurance is still needed by the country. To strengthen the public sector, equity capital infusion is being emphasized. Simultaneously, New ARC structure is being created which will keep track of NPAs of banks and will address loans in a focussed way. This will strengthen Public Sector Banks. He also talked of a new Development Finance Institution for development of infrastructure and industrial projects to cater long term finance needs of such projects. Shri Modi also talked of encouraging sovereign wealth funds, pension funds and insurance companies to invest in infrastructure.

Therefore special plans were made for MSMEs during the Corona period, about 90 lakh enterprises took advantage of these measures and received a credit of Rs 2.4 trillion. He said the government has done several reforms and opened many sectors like agriculture, coal and space for MSMEs. The Prime Minister said as our economy gets bigger it is equally important for credit flow to start growing rapidly. He lauded the excellent work of our Fintech Startups in creating new and better financial products for new startups and their exploration of every possibility in this sector. He added our Fintechs have a very high participation in the Start Up Deals that have taken place in the Corona era as well. He cited experts that this year also there would be a great momentum for the financial sector in India. Over the years, better use of technology and creation of new systems has played a very big role in financial inclusion in the country. He noted that today, in the country, 130 crore people have Aadhar Card and more than 41 crore countrymen have Jan Dhan accounts.

About 55% of these Jan Dhan accounts are of women and about one and a half lakh crore rupees are deposited in them. He further said with the Mudra scheme itself, loans worth about Rs. 15 lakh crore have reached the small entrepreneurs. In this also about 70 percent are women and more than 50 percent are Dalit, deprived, tribal and backward class entrepreneurs. He informed that under PM Kisan Svanidhi Scheme about 11 crore farmer families have received more than Rs 1 lakh 15 thousand crore directly in their accounts. He also mentioned PM Svanidhi for street vendors which was the first financial inclusion initiative for this section. About 15 lakh vendors have been given credit worth Rs 10 thousand crore. TREDS, PSB Digital Lending platforms are making easy loans available to MSME. Kisan Credit cards are freeing small farmers, animal husbandry and fishermen from the clutches of informal lending. The Prime Minister asked the financial sector to create innovative financial products for this section.