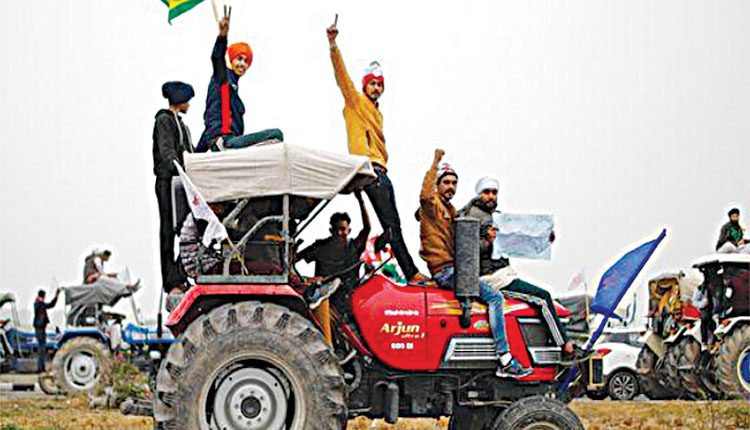 Mumbai, Jan 13 (Agency) Indian farmers have dragged India’s “double A” tycoons into a spat over agricultural policy. Reforms passed by the government overturn antiquated rules, cut out greedy middleman and could boost incomes for 150 million or so growers. Yet protesters fear Mukesh Ambani and Gautam Adani will be able to take advantage of the changes.

Thousands of farmers have been camped on highways near the capital New Delhi since November. Some have called for a boycott of Adani’s services, while others have attacked Ambani’s telecoms infrastructure and sales outlets. Protesters worry the law could ultimately end generous subsidies the government pays to procure crops, especially rice and wheat, and that large companies will move to acquire farmland, amongst other things. India’s top court on Tuesday ordered a stay on the implementation of the laws, saying it would set up a panel to hear farmers’ objections after verbal assurances to the contrary have failed to convince them. It’s a pity. This overhaul is reminiscent of a raft of liberalisations in 1991, which sped investment and growth in industry. It will let farmers sell produce directly to big processors and retailers, instead of only at regulated wholesale markets where agents take commissions. Farmers will also be able to pre-negotiate prices for future produce. And agriculture could certainly use a shot in the arm: It hires half the nation’s workforce, but generates less than a fifth of GDP.

Most market reforms do benefit big business, and Ambani and Adani are easy to single out. Ambani runs a retail network that sells agricultural produce to shoppers; Adani is invested in developing and operating grain silos for a government-owned company. Their success under Prime Minister Narendra Modi’s government is eye-catching; critics of the pair complain they act like monopolies in everything from retail to airports. Shares in Ambani’s $170 billion Reliance Industries have gained three times the Nifty 50 Index over the past five years. Adani Enterprises’ shares have outperformed almost 10 times. But the first beneficiaries of more efficient selling and buying will be small farmers, and if giant corporations like Walmart benefit too, that is nothing to protest.

CSMIA delivers over 2.70L doses across 22 destinations in India