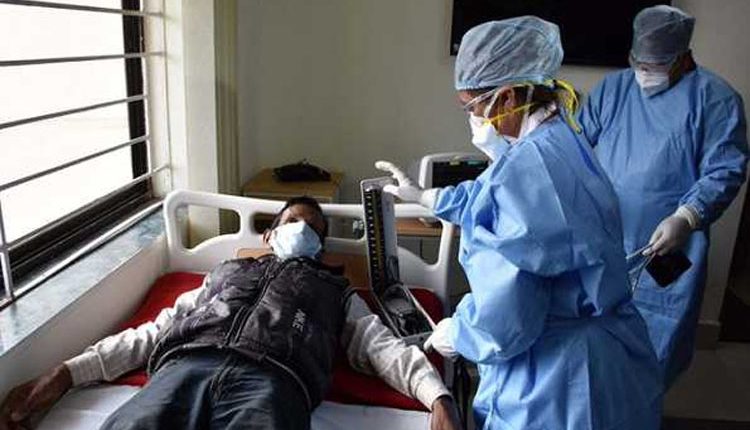 New Delhi, Feb 10 (FN Agency) India on Wednesday recorded 11,067 new cases of COVID-19 during the past 24 hours, pushing the country caseload to 1,08,58,371, while the death toll soared to 1,55,252 with 94 more fatalities. The figure of daily deaths remained below hundred for the fifth consecutive day. Six States account for 80.85 per cent of the daily deaths. Maharashtra saw the maximum 35 casualties followed by Kerala 19 and Punjab 8.

According to the Union Health Ministry, the active cases further shrank by 2114 to stand at 1,41,511. It is now 1.30 per cent of the total caseload. Two States – Kerala and Maharashtra- account for 71 per cent of the total Active Cases of the country. The past 24 hours saw 13,087 people recovering from the deadly virus, taking the total recovery count to 1,05,61,608, which is 97.27 per cent of the case tally. The fatality rate stood at 1.43 per cent. Kerala has reported the maximum number of single day recoveries with 6,475 newly recovered cases. 2,554 people recovered in Maharashtra in the past 24 hours followed by 513 in Karnataka.

According to Health Ministry, Nineteen States/UTs have not reported any death in the last 24 hours. These are Uttar Pradesh, Delhi, Rajasthan, Odisha, Andhra Pradesh, J&K (UT), Jharkhand, Puducherry, Manipur, Nagaland, Lakshadweep, Meghalaya, Sikkim, A&N Islands, Ladakh (UT), Mizoram, Arunachal Pradesh, Tripura, Daman and Diu and Dadar and Nagar Haveli. As per the Indian Council of Medical Research(ICMR), 7,36,903 samples were tested on Tuesday, taking the total number of tests carried out by the body till date to 20,33,24,655. On the vaccination front, more than 66 lakh (66,11,561) beneficiaries have received vaccination under the countrywide COVID19 vaccination exercise. The total cumulative vaccination coverage of 66,11,561 includes 56,10,134 healthcare workers and 10,01,427 frontline workers. 1,34,746 sessions have been conducted so far. Notably, India is the topmost country to reach the 6 million mark of COVID vaccinations in just 24 days.