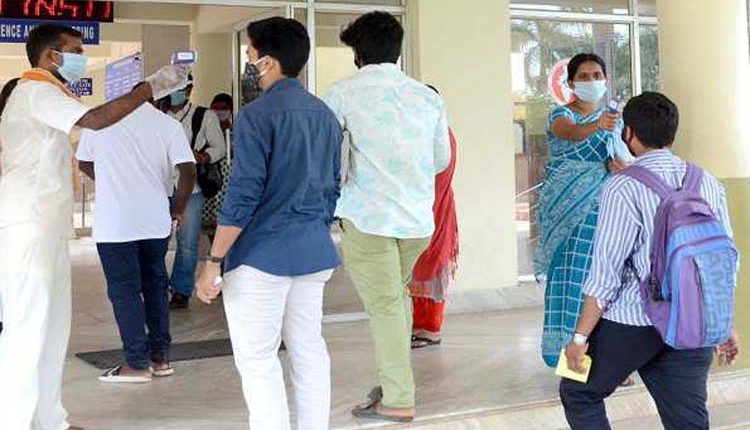 New Delhi, Dec 8 (Representative) After a gap of five months, India recorded 26,567 new cases — the lowest daily new Covid cases. The new cases were 26,506 last on July 10, 2020. There is simultaneously a steady decline in the number of daily deaths recorded in the country. Less than 400 new deaths were recorded in the country in the past 24 hours. With a high number of Covid patients recovering every day and the sustained fall in the mortality rate, India’s steady trend of registering dipping active cases continues.

In another achievement, India’s active caseload has fallen under the four per cent mark on Tuesday. Active cases have drastically declined to 3.83 lakh. The total positive cases of the country are 3,83,866 and comprise (3.96 per cent) of the total cases, an official release here said. As many as 39,045 new recoveries were registered during the past 24 hours resulting in a net decline of 12,863 cases from the total active caseload in the last 24 hours. New recoveries outnumbering the daily new cases also improved the recovery rate to 94.59 per cent today. The total recovered cases stand at 91,78,946 today. Ten states/UTs contributed 76.31 per cent of the new recovered cases. Maharashtra reported the maximum of 7,345 recoveries from Covidfollowed by Kerala and Delhi with 4,705 and 3,818 new recoveries respectively in the past 24 hours. Similarly among the 10 states/UTs contributing 72.50 per cent of the new cases, Kerala reported 3,272 cases in the past 24 hours, followed by Maharashtra which recorded 3,075 new cases and West Bengal 2,214 new cases yesterday. A whopping 75.58 per cent of the 385 case fatalities reported in the past 24 hours were from 10 states/UTs. Delhi recorded 16.36 per cent of new deaths (63 deaths). West Bengal saw a fatality count of 48 while Maharashtra reported 40 new deaths.