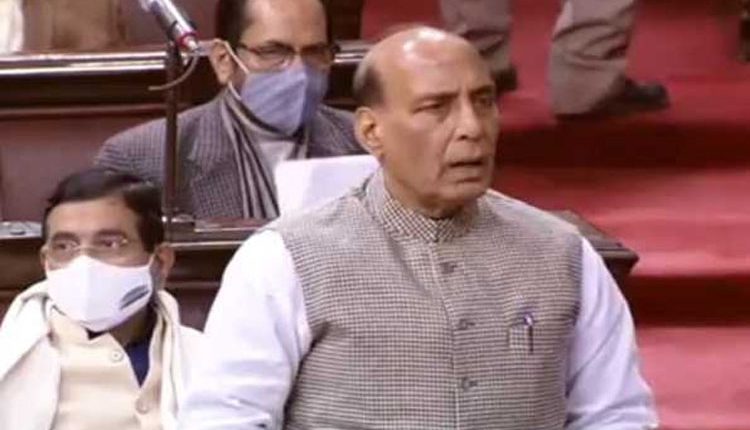 New Delhi, Feb11 (FN Agency) Defence Minister Rajnath Singh on Thursday informed the Rajya Sabha that a major breakthrough has been achieved between India and China in eastern Ladakh with both the sides initiating disengagement of troops from the southern and northern sides of Lake Pangong on a mutual agreement basis. Making a statement on the ground situation in Eastern Ladakh in the House, he said that India has strongly put across the message to China that it would not allow anyone to take even an inch of its land and that our defence forces have been firmly protecting the sovereignty, unity and integrity of the country along the Line of Actual Control (LAC).

Mr Singh further said, “Our strategy and stand for dialogue is based on the guidelines of Prime Minister Narendra Modi that we will not let anyone else take even one inch of our land. It’s the result of our determination that that we have reached a position of agreement”. Elaborating on details of the agreement, he said, “I am happy to tell the House that as a result of our stand and continuous dialogue with China on the withdrawal of troops from the north and south sides of Lake Pangong, an agreement has been arrived.” According to this agreement, both the sides will remove the troops deployed on the advance fronts in a phased, coordinated and calibrated manner. He also said that he wants to assure the House that the country has not lost anything in this process and some issues related to deployment and patrolling in some areas on the Line of Actual Control are still pending and will be given special attention in further talks.

The Defence Minister said that the next round of talks between the military commanders of the two nations will take place again on Friday. During his statement, he also mentioned how China amassed troops in Eastern Ladakh in April 2020 and transgressed and were given a befitting reply by Indian forces. Our 20 soldiers laid down their lives in protecting the sovereignty of the country and how both sides established military and diplomatic contacts, keeping with our efforts to restore peace and tranquility.

Social media platforms in India will have to follow law of land: Ravi Shankar Prasad