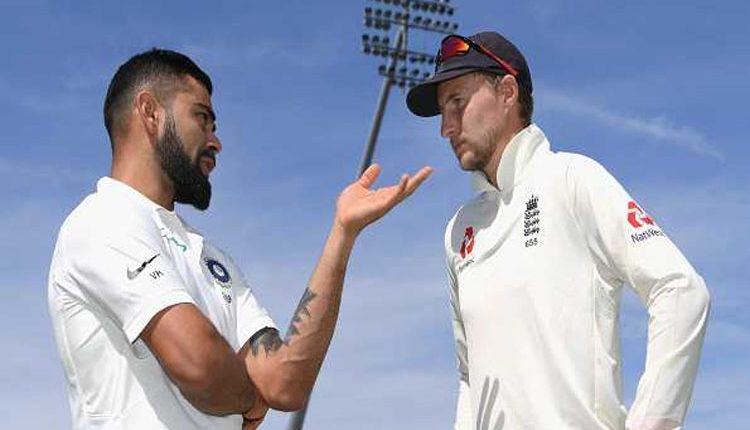 Chennai, Feb 12 (FN Agency) The familiar setting are back. Crowds cheering their stars in the cricket conundrum will be a morale booster, especially for the India, which aims for redemption in the second test against a buoyant England beginning at the M A Chidambaram Stadium here tomorrow. Tomorrow’s test match would be the first international outing in India for which spectators would be allowed post the COVID pandemic after the Tamil Nadu government, as part of relaxing various lockdown norms, announced that 50 per cent public would be allowed in sporting arenas, including cricket.

After having the lost the opening test by a massive margin, India would look for its top order to fire and hope for a better track in its bid to make 1-1 and keep the series and its hopes of making it to the World Test Championship final alive. With the BCCI withdrawing left arm spinner Shahbaz Nadeem, whose performance was not upto expectations in the first test, the only change skipper Virat Kohli would be making is whether to bring in another left arm spinner Axar Patel, who has recovered completely from an injury, and was available for selection, or wrist spinner Kuldeep Yadav to partner the experienced R Ashwin and new kid on the block Washington Sundar, who proved his batting skills with two successive half centuries. A BCCI statement said Axar Patel has recovered completely and is now available for selection for the second Test. The all-rounder had complained of pain in his left knee and was ruled out of the first Test. Considering that the lanky Axar Patel could add depth to the batting down the order, Kohli would be keen to pick him in the final XI. India was unlikely to make any changes, except for picking the replacement for Nadeem.

Rohit Sharma and Shubman Gill, who scored an attractive half century in the second innings in the first test, would open the innings followed by the solid Cheteswar Pujara, Kohli, vice-captain Ajinkya Rahane, who had a miserable outing last week after his superb show in Australia, the in-form Rishab Pant, with the pace attack in the hands of Ishant Sharma who just earned his 300th test wicket, and the ever reliable Jasprit Bumrah. England on the other hand would be keen to sustain its winning momentum though it would miss the services of its hostile bowler Jofra Archer, who had an injection in his right elbow and was ruled out of the test. The injection follows discomfort Archer had experienced during the 227-run win in the first test here a couple of days back. the ECB said in a statement. This means another pacer Stuart Broad was expected to make the playing XI in place of Archer.

Skipper Joe Root, who became the first cricketer in test history to score a double century in his 100th test in the previous match, might also think of bringing in spinner Moeen Ali, who did well in the 2016 test with a century, though offie Dom Bess and Left armer Jack Leach performed reasonably well in the first test. After having played closed doors in the first test, the atmosphere would be completely different as the crowd response was spontaneous and tremendous as tickets were sold within 15 minutes after it was opened online two days back. With the crowds back in their familiar setting, a battle of attrition is on the cards, with India, keen to retain its home record in tact, while England would be eyeing to repeat the performance of the first test. Like the first test, toss was expected to play a crucial role and the team winning it, would be batting first. There was also much debate on the nature of the pitch for the second test and reports suggest that it would be a slow turner, aiding the batsmen in the first 2-3 days, unlike the previous test, which was loaded in favour of the batsmen, before started wearing in the last two days, especially on the final day.