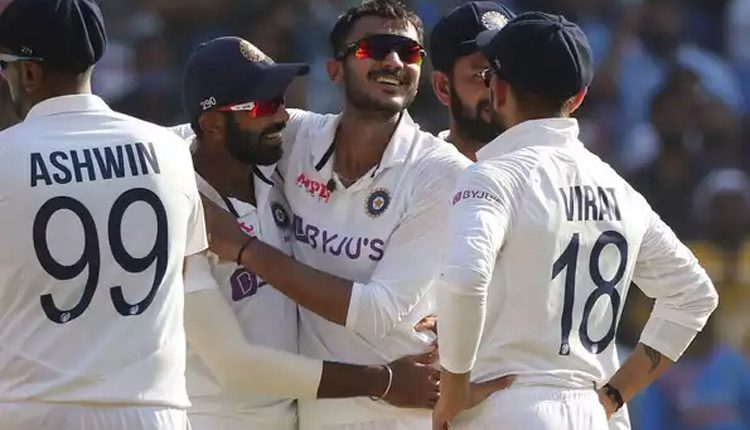 Ahmedabad, Feb 24 (Agency) In what turned out to be a hard-fought opening session of the Ahmedabad Test, India made incisions at regular intervals to leave England in a spot of bother at 106/9. Axar Patel was the chief wicket-taker for the home side, picking up a couple of scalps.

England, who won the crucial toss, began on a rather shaky note, losing Dom Sibley in the third over. Ishant, playing in his 100th Test, got one to straighten off the pitch to force Sibley to edge one to the slip cordon. At that stage, Crawley took the aggressive route essaying a few well-timed flicks and drives. Just when it seemed as if Crawley was guiding England to safer waters, Axar struck with his first ball at his home ground by accounting for the scalp of Jonny Bairstow. The number 3 batsman played for the turn while facing the straighter-one and was trapped in front. Bairstow placed his belief in the review but couldn’t overturn it. With the visitors in a spot of bother, Root and Crawley joined forces to stitch an alliance of 47. Once again Crawley was the aggressive partner as he continued to deal in drives and flicks. He soon reached his fifty in a mere 68 deliveries.

India, though, struck once more in the first session when Ravi Ashwin won an LBW appeal against Root. The England skipper was caught in the crease to a delivery that he could have been forward and paid the price. Root took the review but to no avail. To make matters for the tourists, Axar prised Crawley out at the fag end of session. The slow left-arm orthodox spinner extracted turn and also bowled the arm ball to cause a few problems before eventually dismissing the opener with the slider. Incidentally, Crawley had struggled against the left-arm spin of Lasith Embuldeniya in Sri Lanka. India’s pacemen found a modicum of swing with the new ball and also extracted decent carry. Ashwin and Axar have already extracted some purchase from the wicket, with the bounce providing them more assistance.

Steps to Rule the social media