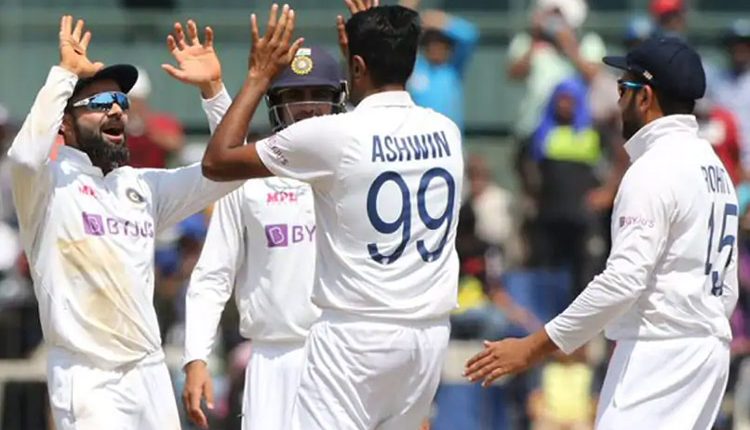 Ahmedabad, Feb 25 (FN Agency) India were 99 for 3 at the start of Day 2 of the Ahmedabad Test against England, trailing by only 13 runs. However, just like England, the hosts suffered a massive collapse losing their last seven wickets for the addition of just 47 runs to be bowled out for 145, in front by 33. In second innings England continuing with 60/5 @ 20 Overs.

On a turner, England started the day on the right note when Ajinkya Rahane misjudged the length and was trapped in front to a delivery that kept relatively low from Leach. Leach then picked up the prized scalp of Rohit, with the batsman missing out on the sweep and was adjudged LBW. The opener took the review but to no avail. Root followed it up by dislodging the dangerous Rishabh Pant with a flighted delivery off his first ball of the day. Root didn’t just stop there as he ran through the cream of India’s middle and lower-order to help England mount a fightback. Washington Sundar was castled by a delivery that pitched on middle, turned sharply and rattled the off-stump. Axar Patel drove one to short cover. At that stage, with India eight down, Ravi Ashwin tried to play with positive intent and landed a couple of crucial blows before he fell to Root.

With Jasprit Bumrah for company, Ishant Sharma too decided to play a few shots, lofting Leach into the stands. However, Bumrah, who had a couple of close shaves, was cleaned up by Root as the England captain picked up his maiden five-for. The spell from Root was reminiscent of Michael Clarke ripping through the heart of India’s batting unit in Mumbai in 2004. In a low-scoring game, a lead of 33 can still prove to be crucial. But England would be the happier side of the two at the Tea Break.