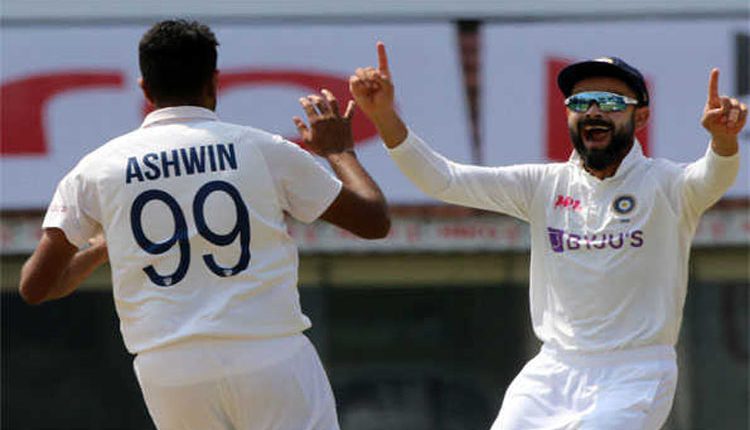 Chennai, Feb 8 (FN Agency) Washington Sundar showed plenty of promise with the bat once again in just his second Test match and was on course to registering three figures before England got the job done at the other end to fetch a massive lead in the first innings. Local boys Washington and R Ashwin had a massive rebuilding job ahead of them on the fourth morning in Chennai having batted out 17 overs in the final session before stumps on the third day and they did make a positive start.

Washington fetched a four in the very first over of the day by pouncing on a short ball from day three hero Dom Bess and the offspinner was also smashed for a six by Ashwin two overs later. Washington continued to make merry as anything bowled full or short was punished. Joining an elite list of players who have scored fifties on their debut at home and away, Washington grew in confidence when he drove Jofra Archer straight down the ground for another boundary which immediately prompted England to take the new ball. Even though Ashwin looked assured against the brand new cherry, fetching a few boundaries, England’s decision to quickly turn to spin paid off. Jack Leach, who took a lot of punishment at the hands of Rishabh Pant on the third day, found success with the hard new ball. Ashwin went forward to defend a delivery that bounced more than usual to take an edge. Soon after, Shahbaz Nadeem edged Leach to the slip fielder as well to leave India eight down.

Washington’s decision to take a single off the very first ball of an over bowled by James Anderson proved to be costly as the experienced pacer took advantage of the opportunity by getting rid of Ishant Sharma, who fended a short delivery to the short leg fielder. With wickets falling at the other end, Washington went on the attack, smashing Anderson for a six and one more off Joe Root but Jaspirt Bumrah couldn’t hang in there much longer as he edged Anderson to Ben Stokes at slip who took an outstanding catch to finish the innings. On expected lines, England didn’t enforce the follow on but at the same time didn’t change the batting order either. The usual openers walked out to the middle and Ashwin then rocked the visitors by getting rid of Rory Burns off the first ball. The left-hander pushed hard at a delivery that turned and bounced after pitching with Ajinkya Rahane at first slip doing the rest. The first few overs against the spinners with the new ball is going to be hard for the England batsmen and once they get through that period, it will be interesting to see their tactic as they push for a win.

Rupee up 7 paise against USD