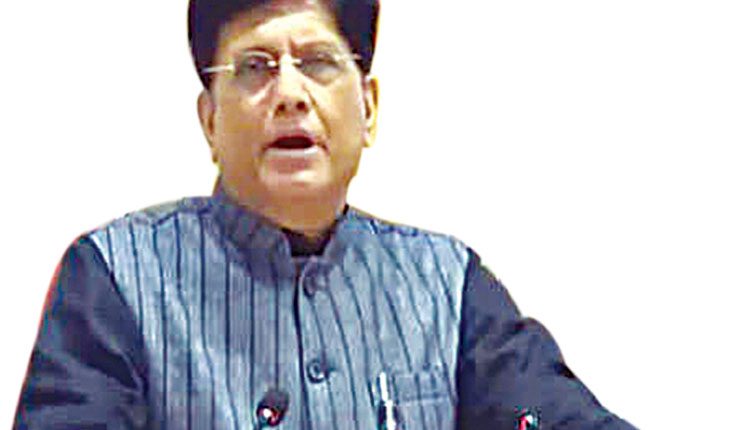 Indian investors to engage with the BIMSTEC nations with investments, mentoring and support to foster the larger ecosystem for startups in the region

New Delhi, Jan 15 (FN Bureau) Commerce and Industry Minister Piyush Goyal on Friday pitched for collaboration between startups in India and the Bay of Bengal Initiative for Multi-Sectoral Technical and Economic Cooperation (BIMSTEC) countries, saying it would lead to growth and prosperity in the neighborhood. He asked Indian investors to engage with the BIMSTEC nations with investments, mentoring and support to foster the larger ecosystem for startups in the region. “There is a huge potential in the collaboration because we will see new ideas prospering and young minds working together to come up with new ideas, new innovations, new inventions,” Goyal said. “Startup to startup collaboration has a huge potential because with this new idea will prosper and young minds will come together to work collectively.”

Goyal was inaugurating the Startup India International Summit, Prarambh, in which startups from seven BIMSTEC countries — Bangladesh, Bhutan, Myanmar, Nepal, Sri Lanka and Thailand, India– are taking part. The minister said that he had been asking the Indian capital to encourage and support the Indian startups at an early stage, but now would request Indian investors and capital to look towards the BIMSTEC startups also to mentor and support them. He hoped that growing beyond government to government and business to business collaborations, this Summit will ensure startup to startup collaboration, with exchange of ideas and young minds working together collectively to solve problems and assuring prosperity and growth in the region. He also said the Summit is a demonstration of India’s Neighbourhood First policy which will boost partnership among the member countries. Minister of State for Commerce and Industry Hardeep Singh Puri expressed the hope that the Summit will provide an opportunity to startups to learn from each other’s best practices and benefit. BIMSTEC Secretary General Tenzin Lekphell said that the Summit has brought together leaders, investors, scholars, policy makers, startup innovators and entrepreneurs together. He said that economies, jobs, livelihood, business, trade and commerce have been badly affected due to Covid pandemic, and Startups provide a ray of hope with a capacity to innovate and respond quickly to any problem.

He called upon the member countries to provide policy support and come together to help the startups. Lekphell suggested that such conclaves should be held annually to provide support to startups. He also suggested setting up a startup hub in the BIMSTEC Secretariat. The two-day Summit is organised by the Department for Promotion of Industry and Internal Trade, as a follow up of the announcement made by Prime Minister Narendra Modi at the 4th BIMSTEC Summit in Kathmandu in August, 2018. Modi will address the summit on Saturday.

One held by CGST Delhi officials for fraudulently passing on fake ITC of Rs 14.30 crore

PMKVY 3.0 will take skilling to the remotest of villages and towns in India