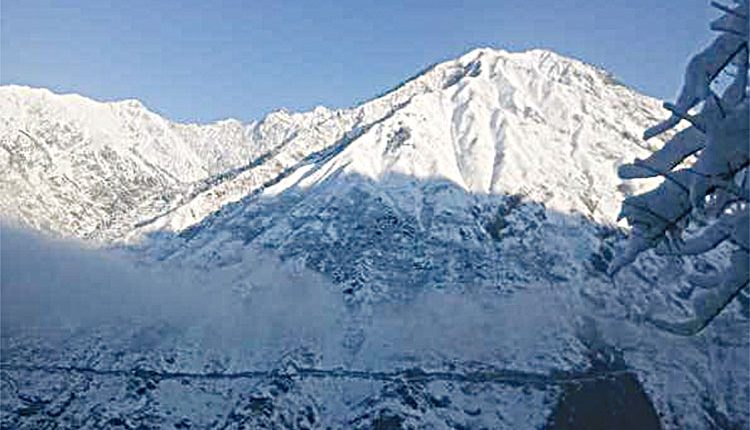 Shimla, Jan 24 (Agency) The high reaches of Himachal Pradesh experienced snowfall in a few places in the last 24 hrs increasing the cold wave and thundershowers also lashed many places in the state. Bharmour in Chamba had 30 cm snowfall, Keylong 15 cm, Hansa of Chamba 7.6 cm and Kalpa in Kinnaur 4.5 cm. Report of Heavy snowfall is coming from Manimahesh Ranges of Chamba, Sachpass, Baralacha and Rohtang Pass of Lahaul Spiti. Dhauladhar ranges of Kangra, Kinnaur Kailesh and other high reaches of Shimla, Kullu and Sirmaur district got light to moderate spells of snowfall.