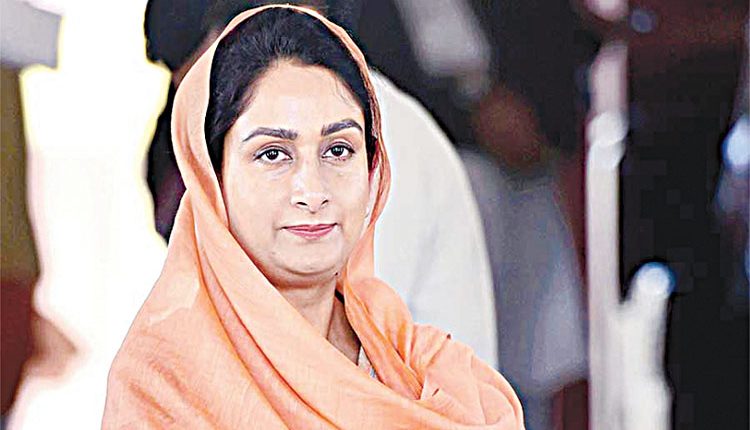 New Delhi/Chandigarh, Feb 10 (FN Bureau) Former union minister Harsimrat Kaur Badal said not only was the central government refusing to give an assurance on assured procurement of food grains at minimum support price (MSP) but it was moving towards the eventual unbundling of the Food Corporation of India (FCI). Ms Badal, in her speech on the President’s Address in parliament on Tuesday, said earlier in 2011 Prime Minister Narendra Modi had as Chairman of the Working Committee of chief ministers recommended that the interest of the farmers should be protected by keeping a statutory provision barring farmer-trader transactions below the msp. “This is exactly what the farmers across the country are demanding. I fail to understand what has changed and why the government is not fulfilling this demand as well as others including repeal of the farm laws and withdrawal of cases against farmers, youth and social activists and an end to the State sponsored barbarism being unleashed on them,” she said.

The SAD MP while speaking about the January 26 incidents of violence said a lot was being made about the insult to the national flag by a community which was responsible for as much as 70 per cent of all sacrifices during the freedom movement. She said it was strange that there was no talk or probe into the intelligence failure which led to the violent incidents on January 26. “It is clear that the centre had prior knowledge on January 25 that a section of people were readying to march to the Red Fort but did not make any effort to close the route”. She said similarly the ‘kesri nishan’ was being vilified. “I want to remind you that this is the same kesri nishan which the Prime Minister has chosen to sport on his head on numerous occasions”. She also took on the central government for adopting an arrogant attitude towards farmers. She said the farmers were first branded as ‘bicholiya’, naxals and Khalistanis.

“It was also said they are sitting at the Delhi borders with AK-47 assault rifles. Who ploughs the fields with AK-47 rifles?”, she asked adding the central government had displayed its utter callous attitude towards the peacefully agitating farmers by not even deputing a single minister to ask about their welfare in biting cold wave conditions. Ms Badal also highlighted how she had requested the union cabinet to address the concerns of farmers when the three Agricultural Ordinances were notified. “Subsequently I wrote to the Agriculture minister conveying the sentiments of farmers and even informed him that the farmers were not satisfied by his assurances. I was assured all apprehensions would be removed before the Bills were taken up for voting in parliament but when the government chose to bulldoze the Bills through parliament the SAD decided to side with the annadaata and left the union cabinet as well as the NDA alliance”.