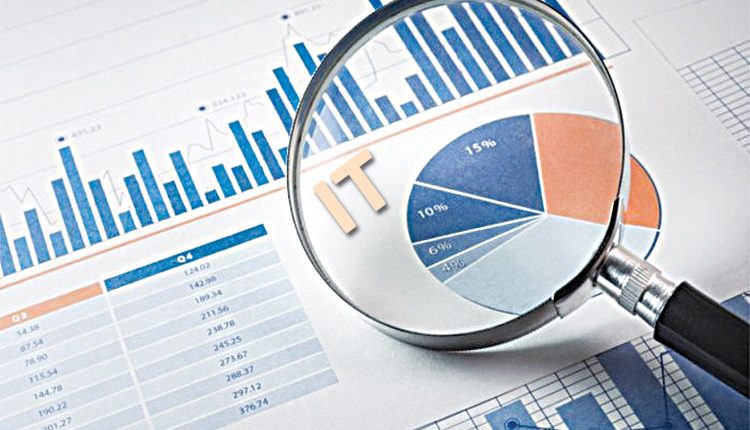 New Delhi, Jan 31 (FN Agency) IT hardware makers urge the government to allocate Rs 20,000 crore under the production-linked incentive scheme, to boost manufacturing of personal computers, tablets and servers in the country. The proposed amount of around Rs 7,000 crore is insignificant for global players to relocate their facilities to India, said industry body MAIT. The Manufacturers’ Association of Information Technology (MAIT), whose members include Apple, Dell, HP and Lenovo, wants the government to address various disabilities that the sector faces including improvement in export infrastructure to support growth under the PLI scheme. MAIT President Nitin Kunkolienker told PTI, ‘We are looking for higher funds for the PLI scheme. For laptops, servers, etc, the government has just proposed Rs 7,325 crore. ‘I don’t think that, for PCs , if you relocate and reposition supply from China or other parts of the world, it will be possible with just these kinds of funds.

They are very insignificant.’ He said that the mobile phone industry got around Rs 41,000 crore where there has been sustained effort for the past 10 years to push manufacturing, and even it does not come under ITA-1 (information technology agreement). ‘You gave them (mobile industry) duty arbitrage earlier. There was some base created for mobile manufacturing; whereas for PC, laptop, servers and tablets, there was an inverted duty regime from 2005 to 2014 that impacted manufacturing of these products. Now, we need to re-invent,’ Kunkolienker said. Under ITA-1, members of the World Trade Organization (WTO) were not allowed to impose tariff barriers on IT products, which include personal computers, set top boxes and servers. The enforcement of ITA-1 led to a lot of companies shutting their manufacturing unit in India, as import of finished IT products became cheaper compared to their production in the country. Kunkolienker said there is a need to recreate and reposition India’s market when the government is trying to get into more creative education for e-learning. ‘At least Rs 20,000 crore is required (under PLI). It is based on value addition potential that exists in the country. ‘There is an immense potential for Indian MSMEs (micro, small and medium enterprises) to become part of the global manufacturing ecosystem. There is a disability in MSMEs to borrow capital,’ Kunkolienker said. He said that currently, India has major challenges in terms of manufacturing ecosystem, including logistics.

‘For real make in India to happen, there is a need to address disabilities. It won’t be possible by giving 2 per cent. It does not even cover up for loss of transactions. Relocating the supply chain is not an easy target. ‘To achieve this target, you need to have an export-centric approach. Shipping lines may offer competitive rates. We support the strategy of export-led growth but export infrastructure is very uncompetitive,’ Kunkolienker said.
The PLI scheme was recently expanded to 10 sectors, after registering traction from global investors in the mobile manufacturing segment. Kunkolienker said a consolidated and integrated approach is required to facilitate investments even under PLI schemes. ‘The scheme has been extended to 10 sectors. A company making motherboards can utilise the same lines for making routers. Now, routers will come under telecom, and the DoT will deal with it,’ he said. He added that now, a motherboard maker needs to comply with telecom PLI rules and set up a different plant to get the benefit, when the same plant can make components for IT and telecom products. ‘An integrated approach is required to handle this.’ The PLI scheme has been extended to cover advance cell chemistry batteries, electronic and technology products , telecom and network products, solar PV modules, white goods, textile products, food products, pharmaceutical drugs and specialty steel. ‘The government has to work on demand aggregation. Mobile is a connectivity device but mobile is not a creativity device. ‘Like the government came up with CAS (Code Access Security) policy that increased set-top box demand, the government can similarly come up with policies to create PC demand. Consolidated effort will make India a good hub for manufacturing,’ Kunkolienker said.

Key aspects to be focused on Union Budget’21

Research is a very important component in evidence-based policy making