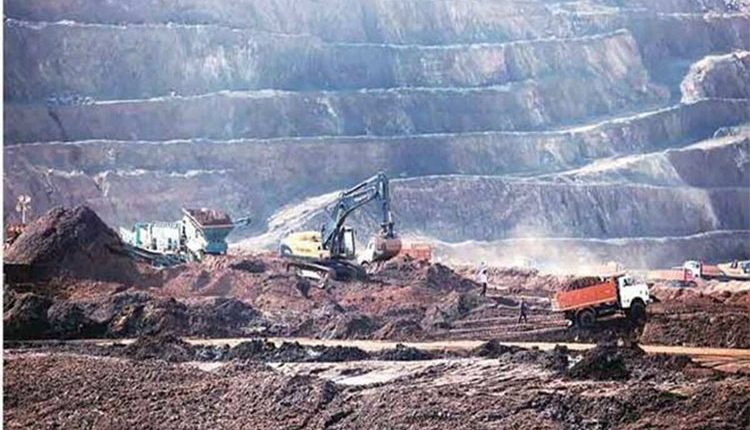 New Delhi, Jan 17 (Agency) The mines ministry has made a proposal to terminate the iron ore leases of those working mines that have not started production even after lapse of 7-8 months of auction and have not maintained minimum dispatch for three consecutive quarters. The mines ministry proposed to do so through the amendment of certain mining rules and has invited comments from the stakeholders on the same.

‘The Ministry of Mines has prepared the Minerals (Other than Atomic and Hydro Carbons Energy Minerals) Concession (Amendment) Rules, 2021, seeking to amend the Minerals (Other than Atomic and Hydro Carbons Energy Minerals) Concession Rules, 2016,’ the mines ministry said. It added that as part of the pre-legislative consultation policy, the draft amendment rules are made available. ‘Comments/suggestions are invited from the general public, governments of states and union territories, mining industry, stake holders, industry associations, and other persons and entities concerned, on the draft amendment rules.’ Several successful bidders of such working mines whose previous mining leases expired on March 31, 2020, have not started production even after lapse of 7-8 months of auction and execution of mining leases in their favour. Further, many of the successful bidders who have started production have not maintained the production and dispatch quantity up to the level required under Rule 12A of the MCR, the ministry said.

‘Accordingly, it is proposed to strengthen the norms of minimum production/dispatch through amendment of Rule 12A of the MCR Rules, 1960, in order to ensure sustained supply of mineral in the market in future,’ the ministry said. It added that the Rule 12A is proposed to be amended to mandate the successful bidder to make payment equivalent to the revenue share and other statutory levies that would have been payable at the prescribed level of minimum production/ dispatch targets on a quarterly basis. ‘It is also proposed to provide in the Rules that failure to maintain prescribed production level for three consecutive quarters may lead to termination of the leases,’ the ministry said. Of the total 46 operating and working mines in the country whose leases expired on March 31, 2020, 24 mines are in Odisha, seven in Karnataka, six in Jharkhand, four in Andhra Pradesh, two in Rajasthan, two in Gujarat and one in Himachal Pradesh. All 24 mines in Odisha and four mines in Karnataka were auctioned last year. Non-operationalisation of these mines has created an acute shortage of iron ore in the country, the mines ministry said.

Decline in production and dispatch of important mineral such as iron ore not only leads to spike in its market prices but also adversely affects the manufacturing of iron and steel in the country. ‘It is proposed to strengthen the norms of minimum production / dispatch through amendment of Rule 12A of the MCR Rules, 1960, in order to ensure sustained supply of mineral in the market in future,’ it said.