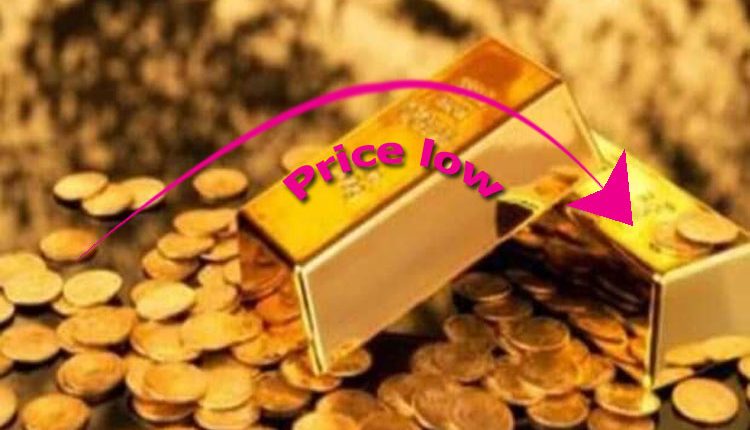 New Delhi, Feb 19 (Agency) Gold prices fell to their lowest in more than seven months on Friday, on course for their worst week since the end of November, as rising U.S. Treasury yields eroded the non-yielding bullion’s appeal. Spot gold fell 0.4% to $1,769.03 per ounce by 0250 GMT, having touched its lowest since July 2 at $1,759.29 earlier in the session. Prices have declined 3% so far this week.

U.S. gold futures slipped 0.6% to $1,765.30. ”U.S. bond yields have been rallying quite strongly in the last week, and there’s growing momentum that they can lift further as U.S. and global growth recovers more quickly as vaccines roll out,” said Lachlan Shaw, National Australia Bank’s head of commodity research. Benchmark U.S. Treasury yields hovered close to a near one-year high hit earlier in the week. Higher yields increase the opportunity cost of holding bullion, which pays no interest.

Gold’s decline came despite an unexpected rise in U.S. jobless claims last week. ”The bond market is looking forward to where the U.S. economy might be as we move through the year as vaccines ease the weight of the pandemic on economic activity, and with plenty of stimulus and support from U.S. Federal Reserve,” Shaw said.

The recent record surge in Bitcoin has also ”been competing with gold so far as speculation, a store of wealth and portfolio diversifier,” Shaw said, adding that a continued rally in Bitcoin will be a headwind for gold. Silver eased 1.1% to $26.71 an ounce, after falling over 2.5% so far this week, its worst since mid-January. Platinum slipped 2.4% to $1,244.19, while palladium shed 0.7% to $2,334.58.

flydubai prepares for Boeing 737 MAX aircraft to rejoin its fleet

CREBACO: Focused Association Attempting to Communicate with the Government