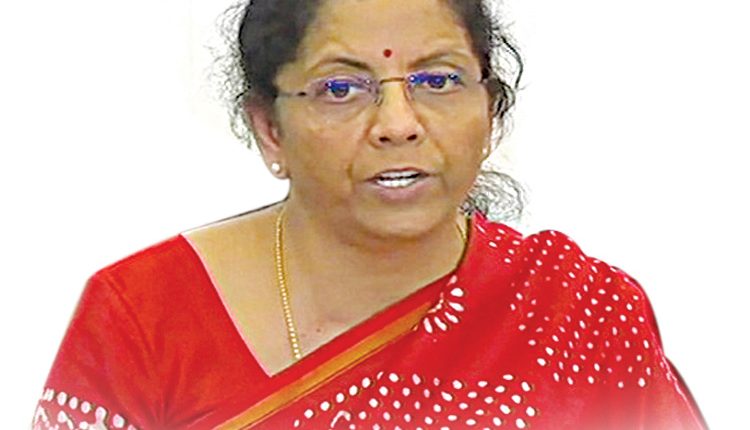 New Delhi, Dec 10 (Mayank Nigam) Union Minister of Finance Smt Nirmala Sitharaman reviewed the situation about payment to the MSMEs and expressed satisfaction and appreciation on the excellent work done by the Ministry of MSME. As part of Prime Minister of India’s vision the Finance Minister had announced Atma Nirbhar Bharat package in May, 2020, it was also stated that the MSME dues should be paid in 45 days.

Since the month of May 2020, regular follow-up and concerted efforts have been made by Government of India, particularly by the MSME Ministry for payment of these dues. Particular focus was placed on Central Public Sector Enterprises (CPSEs) and the Central Government Agencies for payment of dues to MSMEs. As a result, over Rs 21000 crore of MSME dues have been paid in past 7 Months since May 2020 by the Central Govt Agencies and CPSEs. The highest level of Procurement was achieved in October of over Rs 5100 crore and payment of over Rs 4100 crore. Going by the reports received in first 10 days for November 2020, this level of performance is expected to be surpassed as Procurement of about Rs 4700 crore and payment of about Rs 4000 crore have already been reported.

Efforts made in respect of clearing MSME dues include several round of letters written to the GoI Ministries and CPSEs by the Secretary, MSME, followed by personal talks and persuasions. The efforts of the MSME Ministry found strong support from PMO and Cabinet Secretary, who wrote letters to the CPSEs and Government agencies. An on-line reporting system was developed by the Ministry for the CPSEs and Government of India Ministries to report details of total transactions, total payment as well as pending dues at the end of every month. Report of seven months (May-November, 2020) indicates that:- Procurement by Central Government Agencies and CPSEs from MSMEs is on the rise and in fact, it has gone up by almost 2.5 times since May 2020. Payments to MSMEs have also gone up proportionately. The pendency of payment has gone down in terms of percentage against procurement value.

The report for October had shown maximum transactions since May. However, reports in December show better trend in November as per just 10 days of reporting. The Ministry of MSME has complimented the Government of India Ministries, Departments and the CPSEs for their support to the MSMEs. This support was important particularly in the months of September and October. Because with these cash flows, the MSMEs were supposed to produce goods and services which could be particularly sold during the festival time. MSME Ministry had requested the Corporate sector to help the MSMEs during the festival season because the earning during these festivals would sustain many MSMEs for the whole year. This support has also helped many MSMEs and Village Industries to do better business than even the previous year.

SpiceJet ties-up with Om Logistics for seamless delivery of Vaccine