Fifty pc of Parliament seats should be reserved for women: Priyanka Chaturvedi 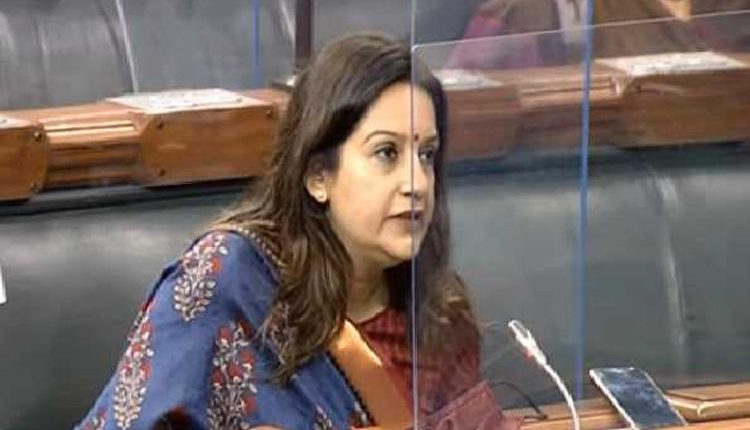 New Delhi, Mar 8 (Agency) Shiv Sena Member Priyanka Chaturvedi on Monday batted for 50 per cent reservation of Parliament seats for women. Ms Chaturvedi was among women speakers who expressed their views on the emancipation of the fairer sex during Zero Hour in the Rajya Sabha.

Initiating the debate, Congress lawmaker Chhaya Verma said, “The slogan of Beti Bachao, Beti Padhao sounds good, but is far from the reality with so many cases of crime against women.” At this, Chairman M Venkaiah Naidu asked them not drag politics into Women’s Day speeches. BJP Member Saroj Pandey, while defending the ‘Beti Bachao, Beti Padhao’ slogan, said that under the Modi regime, the sex ratio has improved a lot while Sonal Mansingh of the same party suggested, “if we celebrate Women’s Day, then we should celebrate Men’s day too.” Another Women Member from the treasury bench Seema Dwivedi said that she has never been discriminated against for being a woman in her career as a politician. “The men around me been very supportive’’, she said and wished all women on International Women’s Day.

BJP lawmaker Sampatiya Uikey, while speaking on the occasion, said that all women representation in all levels of Governance has been on the rise. “All women, be it a woman in rural areas or in the urban areas, they are getting a lot of respect,” she added. On this occasion, Mr Naidu also commended the contribution of women in the fight against the pandemic and in the development of the nation. “We should denounce all practices derogatory to women,” he said, adding that one half of the population cannot be left behind if the nation wants to progress.