Farmers get permission for tractor parade in Delhi on Jan 26, claim protesting unions 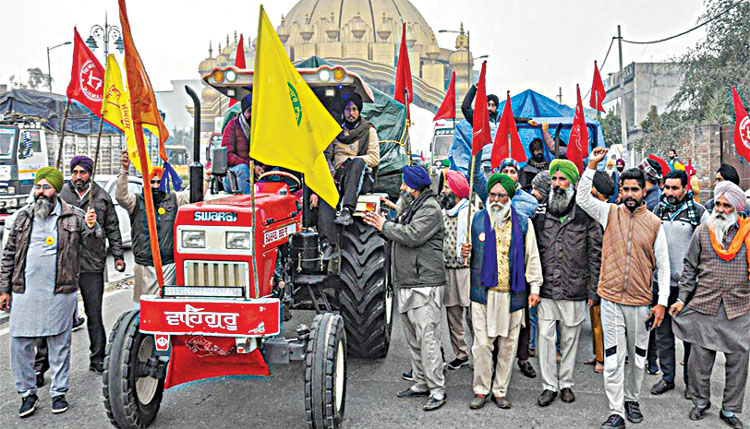 New Delhi, Jan 24 (FN Bureau) The farmers’ unions protesting against the new farm laws on Saturday claimed that they have been allowed to hold a tractor parade in the national capital on Republic Day. After meeting with the police, the leaders of Sanyukt Kisan Morcha told reporters that the Farmers’ tractor parade will be held in the national capital on Republic Day. Swaraj India chief Yogendra Yadav claimed that after a five-round meeting with the police, it has been agreed to take out the tractor parade.

He informed that the parade will be carried out through five routes. Mr Yadav said that farmers from all over the country would come to participate in the parade and enter the national capital. No statement has been made by the police regarding the parade. Another farmer leader Darshan Pal said that in a meeting with the police, it has been agreed to take out a parade on five routes. The parade will start from where the farmers are protesting on the borders of Delhi.

The farmers are agitating mainly on Singhu, Ghazipur and Tikri borders. Mr Pal said that the parade will be peaceful and go for about 100 km. He claimed that about one-and-a-half lakh tractors would participate in the parade. Farmers from Punjab, Haryana, Uttar Pradesh and Rajasthan have been requested to come to the national capital with a tractor. The farmers’ protest over the three farm laws entered the 59th day today, as the protestors continued their stir at various entry points of the National Capital region. Thousands of farmers, especially from Punjab and Haryana, are staging a sit-in protest along the Delhi borders. The protest started on November 26. The farmers are demanding a complete rollback of the new farm reform laws and a guarantee on the Minimum Support Price. The 11th round of talks between the Government and farmers’ unions was held on Friday and no consensus was reached during the meeting, with both sides sticking to their positions.

‘India transformed itself as a mobile-first consumer economy’