Every Possible Measure shall be taken to smoothen the GST: Sitharaman 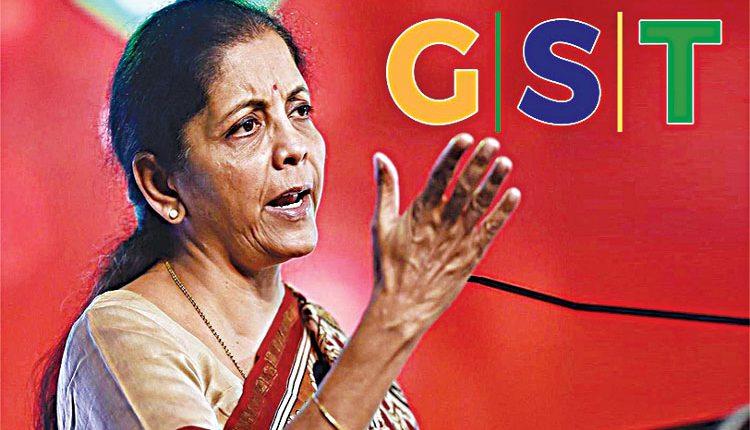 New Delhi, Feb 1 (FN Bureau) With an aim to rationalize custom duty structure, ease compliance and give impetus to domestic manufacturing, the Union Budget 2021-22 has several indirect tax proposals. The Union Minister for Finance and Corporate Affairs Smt. Nirmala Sitharaman tabled the Union Budget 2021-22 in Parliament today. Smt. Sitharaman, in her budget speech, said that record GST collections have been made in the last few months. She said several measures have been taken to further simplify the GST. The capacity of GSTN system has been announced. Deep analytics and Artificial Intelligence have been deployed to identify tax evaders and fake billers, launching special drives against them. The Finance Minister assured the House that every possible measure shall be taken to smoothen the GST further and remove anomalies such as the inverted duty structure. On the issue of custom duty policy, the Finance Minister said that it has the twin objectives of promoting domestic manufacturing and helping India get on to global value chain and export better. She said that the thrust now has to be on easy access to raw materials and exports of value added products. In this regard, she proposed to review 400 old exemptions in the custom duty structure this year. She announced that extensive consultation will be conducted and from 1st October, 2021, a revised custom duty structure free of distortions will be put in place. She also proposed that any new custom duty exemptions henceforth will have validity upto to the 31st March following 2 years of the date of its issue.

The Finance Minister said that a phased manufacturing plan for solar cells and solar panels will be notified to build up domestic capacity. She announced raising duty on solar inverters from 5 per cent to 20 percent and on solar lanterns from 5 per cent to 15 per cent. The Finance Minister, in her Budget speech, said that there is immense potential in manufacturing heavy capital equipment domestically. She said that the rate structure will be comprehensively reviewed in due course. She proposed to withdraw exemptions on tunnel boring machine. It will attract a customs duty of 7.5%; and its parts a duty of 2.5% while raising customs duty on certain auto parts to 15% to bring them on par with general rate on auto parts. The Budget proposes certain changes to benefit MSMEs which include increasing duty on steel screws, plastic builder wares and prawn feed to 15%. It also provides for rationalizing exemption on import of duty free items as an incentive to exporters of garments, leather and handicraft items. It also provides for withdrawing exemption on imports of certain kind of leathers and raising custom duty on finished synthetic gem stones.

To benefit farmers, the Finance Minister announced raising custom duty on cotton to 10% and on raw silk and silk yarn to 15%. She also announced withdrawing end-used based concessions on denatured ethyl alcohol. The Minister proposed an Agriculture Infrastructure and Development Cess (AIDC) on a small number of items. She said “While applying the cess, we have taken care not to put additional burden on consumers on most items”. On customs side the items covered under AIDC are gold, silver, alcohol beverages, crude palm oil, crude soyabean and sunflower oil, apples, coal, lignite and peat specified fertilizers, peas, kabuli chana, bengal gram, lentil and cotton over all there would be no additional burden on the consumer on most of these items.

On the excise side, AIDC of Rs. 2.5 per litre has been imposed on petrol and Rs. 4 per litre on diesel. However, Basic Excise Duty (BED) and Special Additional Excise Duty (SAED) rates on petrol and diesel have been reduced in the budget so that overall consumer does not bear any additional burden. Unbranded petrol and diesel will attract BED of Rs. 1.4 and Rs. 1.8 per litre respectively while SAED on them will be Rs. 11 and Rs. 8 per litre respectively. Regarding rationalization of procedures and easing of compliance, the Finance Minister proposed certain changes in the provisions relating to ADD and CVD levies. She also said that to complete customs investigation, definite time-lines are being prescribed. The Minister said that the Turant Custom Initiative rolled out in 2020 has helped in putting a check on misuse of FTAs.