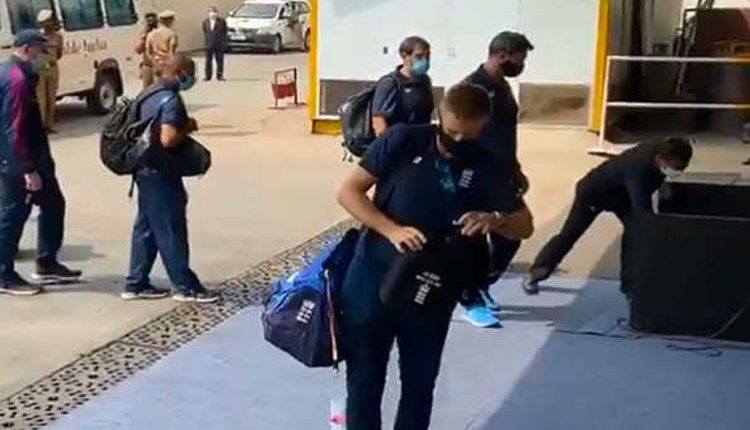 Chennai, Jan 27 (Agency) The England cricket team led by in form Captain Joe Root arrived here from Sri Lanka for the first two matches of the four test series starting at the Chepauk stadium on February five and the second on February 13. The team members arrived at the Anna International airport by a special Sri Lankan Airlines flight at 1050 hrs today. After subjecting them to medical and corona tests, they headed to the Leela Palace hotel where they would be under quarantine for 6-7 days. Some of the England team members, including Jofra Archer and Ben Stokes, who were not part of the victorious team that won the series in Sri Lanka 2-0, support staff and the reserve players had arrived in the city on Sunday.

Meanwhile, some of the Indian players and support staff also arrived in the city for the first two tests and the other players, including captain Virat Kohli, would be landing later in the evening. While star batsman Rohit Sharma and Test vice-captain Ajinkya Rahane, who guided an injury-hit Indian team to a historic 2-1 series win in Australia after losing the first test at Adelaide and help retain the Border- Gavaskar Trophy, arrived on Tuesday night, batting mainstay Cheteshwar Pujara, Jasprit Bumrah and Rishabh Pant, who hlped India to breach the Gabba Fortress, reached today morning. Head coach Ravi Shastri flew in from Mumbai as did several other players from various destinations across the country. Both the team would be staying at Hotel Leela Palace in a bio-bubble as part of quarantine protocols and will undergo testing for COVID-19, TNCA sources said. After the six day quarantine, during which they would undergo COVID tests every three days, both the teams would hit the nets from February two.

In view of the COVID pandemic, it would be a closed-door series following a request made by the England Cricket Board (ECB). Spectators and the media would not be allowed entry into the ground and they have to watch the live action on TV. Only the players, team members, support staff and the official TV broadcasters would be allowed entry in the playing arena. Chennai had last hosted a Test match in December 2016 against England, which the home team won by an innings and 75 runs riding on Karun Nair’s unbeaten 303 and Opener K L Rahul’s 199.