Design approach Changed for Tata Motors over the Years 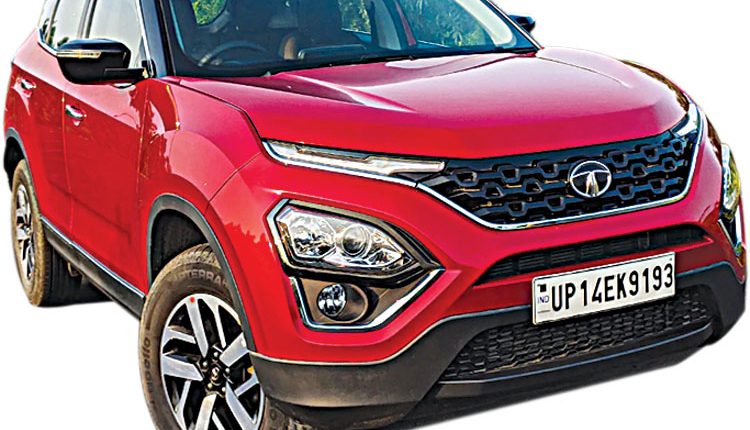 Tata Motors had every automotive enthusiast excited when they announced recently that they will be bringing the Tata Safari nameplate back onto the Indian roads. While we may have already had a glimpse of what the upcoming Tata Safari would look like thanks to it being displayed at the 2020 Auto Expo under the name of the Tata Gravitas, there still might be some last-minute feature and or design update given to the car in order to make it live up to the legendary Safari name. Now, this decision of launching the 7-seater version of the Tata Harrier, earlier known as Gravitas, as the Tata Safari has ruffled a few feathers. While some are absolutely excited to see the Safari name come back, some are saying that perhaps it should have been an all-new car altogether. However, this got us thinking.

That Tata Motors has really carved out a niche for themselves. They are now known for setting the benchmark in two particular departments, and one of them is safety. Right now, Tata Motors is making some of the safest cars on our roads. But that’s a story for another day. Today, we’ll talk about the other thing that Tata Motors is being known for – design. You see, if I were to list down some of the best-looking cars on the Indian roads in less than, say Rs 30 lakh, you will pretty much have the entire range of Tata passenger vehicles in that list. So how did that all of it come about? Well, let’s take a look. Let’s start with the car that you see here – the Tata Harrier.

And taking this as an example, we can see how Tata Motors has shifted the paradigm when it comes to what people want. Earlier, SUVs used to be butch and brawny with squared-off and sharply-angled curves and creases all around them in order to give them a muscular look. Tata Motors is changing that expectation as they are now making SUVs that are still bold and look muscular but instead of the in-your-face design elements, these cars have a subtle, sleek and minimalistic approach to the way they look. The end result is some of the best-looking SUVs that we have on our roads. Another reason that has worked towards cars by Tata Motors looking so modern and well, international, is because Tata Motors has been capitalizing on its partnership with Jaguar Land Rover.

The Harrier is actually very similar to the Land Rover Discovery under the skin and looks like a great mash-up of designs from the house of Land Rover and Tata Motors. And this story of nice-looking cars is applicable to other Tata offerings as well. Look at the Tata Nexon, for example, this is hands down one of the prettiest compact SUVs that you can buy in this segment. Same goes for the Nexon Electric which, with the help of only slightly different design elements, manages to look apart and hold its own ground among other electric SUVs. The same can be said for the Tata Altroz as well which makes clever design choices like the Albatross-inspired doors that open full 90-degree. Its little things like these that make Tata cars stand out. The Altroz too is perhaps one of the best-looking premium hatchbacks in the country. And this brings us to the Tata Tiago, the entry-level Tata that you can buy and even this looks amazing. Special mention to the Tata Tiago JTP which was the more powerful version of the Tiago and a proper hot-hatch that would look good no matter which road it is on in the world. So yes, Tata Motors has a good design right now, but if we look at what Tata Motors is planning to do in the future, you can see that there is plenty of exciting stuff yet to come.

At the 2020 Delhi Auto Expo, Tata Motors gave us a look at their upcoming designs in the form of the Tata HBX concept which will be coming to India soon. Back then, Tata Motors had said that the HBX is very close to being production-ready so you can get a good idea of how their next car, after the upcoming launch of the Tata Safari and the Tata Altroz, will look like. Tata Motors also showcased the Sierra concept which was undoubtedly the star attraction of the Auto Expo. Pratap Bose, who is the VP of Global Design at Tata Motors is often referred to as the man who is turning the company towards this new, fantastic design language, had a key role with the Sierra name coming back to life once again as well.