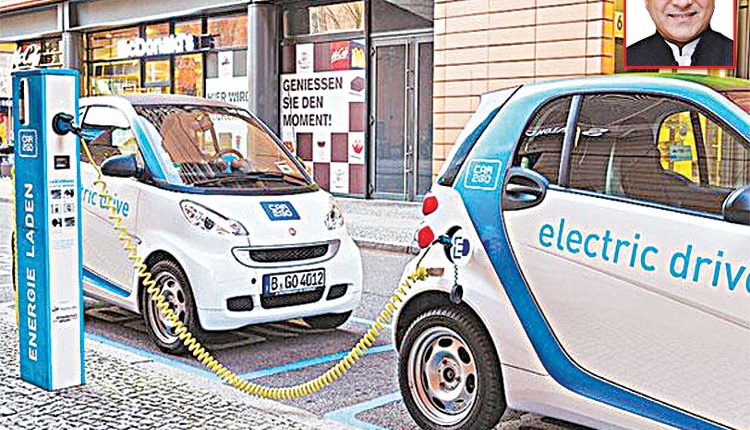 New Delhi, Mar 9 (FN Bureau) The Delhi government under its ‘Switch Delhi’ campaign is focused on setting up charging stations for electric vehicles in the residential colonies across the city, said Transport Minister Kailash Gahlot on Sunday. Chief Minister Arvind Kejriwal launched the ‘Switch Delhi’ campaign on February 4, aimed at creating awareness about the benefits of electric vehicles and how it can contribute to making the national capital clean and pollution free.

The Transport Minister added that the Delhi Electricity Regulatory Commission (DERC) has already slashed the rates of charging stations for e-rickshaws and other electric vehicles. Gahlot said, “We have been tirelessly pushing for the adoption of electric-run vehicles by ensuring a sound charging infrastructure system in all the possible areas across the city. To encourage the people to adopt EV policy and to set up charging stations in all the residential areas the Delhi government is providing the lowest tariff for charging the electric vehicles.”

“People who charge their vehicle at home, (low-tension e-vehicle users) will pay Rs 4.5 per kw instead of Rs 5.5/kw. Meanwhile, people who charge their electric vehicle at public charging stations (high-tension users) will pay Rs 4 instead of Rs 5,” he added. Gahlot further said that DERC has notified a policy wherein a commercial building like a hotel or malls, providing EV charging facilities can install a sub-meter, where the EV tariff rate will be made applicable. He added, “The government left no stone unturned to pave way for the smooth transition of EVs. We already have over 72 charging stations in the city and 100 new charging stations are coming up with 500 charging points in the next six months.” As the Switch Delhi campaign enters its fifth week of creating awareness for the electric vehicles and the range of benefits of Delhi’s EV policy, the campaign seeks to sensitize Delhiites on the charging of electric vehicles in the city and the charging infrastructure put in place already by the Delhi government to help the city’s transition to EVs.