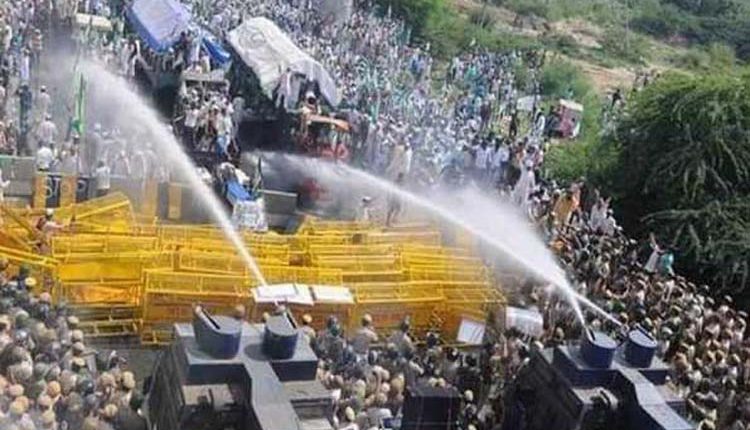 Ambala, Nov 26 (Representative) Punjab farmers who are on their way to the National Capital to protest against three recently enacted farm laws, were on Thursday stopped at the Shambhu inter-state border by the Haryana police. But the agitated farmers, despite all odds and heavy cop deployment, jumped the barricades placed by the Haryana Police. The situation went out of control when some farmers threw police barricades into the Ghaggar river.

To pacify the situation, police used water cannons and tears gas shells to disperse the crowd. As per UNI correspondent reporting from the spot, the farmers have now managed to enter Haryana after a nearly 2-hr standoff with the police.

Sensex down over 100 pts