Clean energy is going to play a large role in fueling the growth of the Indian economy: Dharmendra 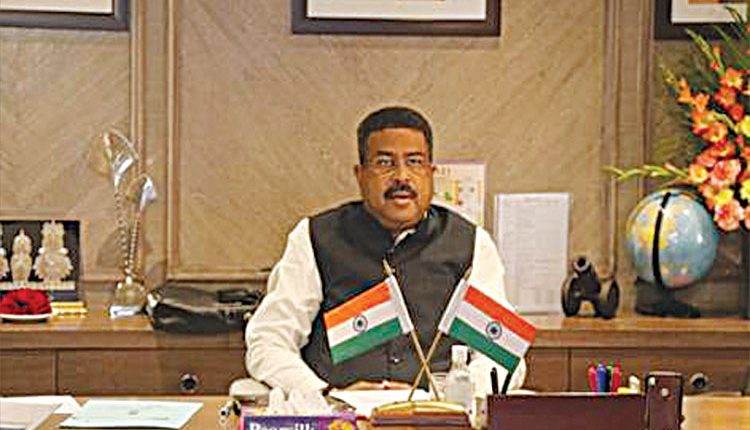 New Delhi, Mar 2 (FN Agency) Union Minister of Petroleum and Natural Gas & Steel Shri Dharmendra Pradhan today addressed the Clean Energy Conclave at the Global Bio India 2021, organized by Department of Biotechnology (DBT), GOI. Speaking on the occasion, he said that Clean energy is going to play a large role in fuelling the growth of the Indian economy to manage the ambitions and needs of our population. Pitching for clean energy cooking fuel innovations, he extended open invitation to entrepreneurs. The Minister said that India led by Hon’ble Prime Ministerhas taken the responsible path of sustainable development and energy transition for a clean and green future and the greatest common good for all. Shri Pradhan said that our approach for cleaner energy and low carbon economy will be guided by a well-defined energy transition road map with seven key drivers, as outlined by Hon’ble Prime Minister. This essentially means it will be a healthy mix of all commercially viable energy sources, he added. “We will attach high priority for maximizing deployment of energy sources, including biofuels, emerging fuels such as hydrogen, available within the country.”

He said that we are consistently taking energy policy initiatives, revamping policies, and taking needful measures. He said that we are developing next-generation infrastructure based on five guiding key enablers of energy availability and accessibility to all, energy affordability to the poorest of the poor, efficiency in energy use, energy sustainability for combating climate change as a responsible global citizen and security for mitigating global uncertainties. The Minister said that Natural gas will be as a significant transition fuel for us. “We are taking all efforts to shift towards a gas-based economy to increase the share of natural gas from the current 6% to 15% by 2030 by developing the nation-wide gas grid and other gas infrastructure, including city gas distribution and LNG regasification terminals.

Additionally, we are promoting LNG as a fuel for 10% of long-haul heavy duty trucks and setting up of 1,000 LNG stations.There is also an increased push to adopt hydrogen fuel mix.” Pradhan talked about successful transition nation- wide to Bharat–VI fuels since April 2020 to reduce air pollution. He said that our refineries have been upgraded to produce Bharat–VI fuel with an investment of Rs.34,000 crore. He also mentioned about the major biofuel programme underway in the country, which has huge investment opportunities. The minister said that Bio-fuels have the power to create a balance between our environment and economic development.

He spoke about initiativestaken for setting up of twelve 2G-ethanol commercial plants from agriculture waste across eleven states at an estimated cost of 14,000 crore. These bio-refineries will significantly contribute towards the ethanol blending programme for achieving 20% ethanol-blending in petrol by 2025. He said that the Government is also encouraging setting up of supply chain mechanisms for biodiesel production from non-edible oilseeds, Used Cooking Oil, short gestation crops. UCO is being promoted for Biodiesel production. He also mentioned about ‘SATAT’ (Sustainable Alternative Towards Affordable Transportation) scheme on Compressed Bio Gasfor waste-to-wealth generation, under which it is planned to roll out 5,000 Compressed Bio-Gas plants across India in a phased manner by 2023 with an investment potential of $20 billion. Shri Pradhan said that our Oil and Gas marketing companies are also working with municipal corporations and have signed MoUs with NDMC and SDMC to develop MSW based Waste to Energy Facilities in Delhi. The Minister expressed great satisfaction that our country is moving towards universal access to clean cooking fuel. He said that the LPG coverage in India has seen a remarkable surge from 55% in 2014 to now 99.6%. “We are now increasing the coverage by another 10 million LPG connections under Pradhan MantriUjjwalaYojana (PMUY) to achieve universal coverage. The Ujjwalaprogrammenot only tackles the health and environmental problems due to kitchen smoke, but also empowers the women and restores control to them over their destiny.”

He expressed happiness that progressive and futuristic vision of DBT has taken biofuels development in a mission mode. He said that a viable technology breakthrough through biotechnological interventions shall be key the enabler for success of the National Policy on Biofuels. He congratulated all the innovators who are working in the space of clean energy and this innovation ecosystem and taking forward the vision of Atmanirbhar Bharat. I would also like to extend my congratulations to the speakers in this panel discussion and look forward to enriching discussions.

‘Quality is not an accident, it is a result of painstaking effort; Quality is non-negotiable if we want to Make in India’