Chhath festival ends with offering of ‘Araghya’ to rising Sun 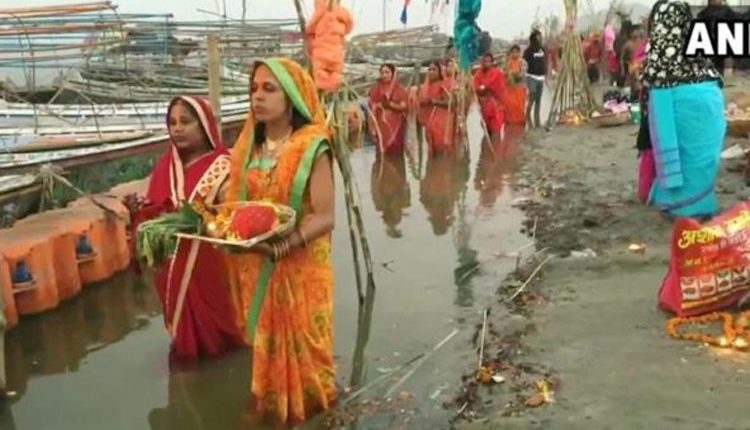 Patna, Nov 21 (Agency) Four-day Chhath festival ended with the offering of ‘Araghya’ (obesiance) to rising Sun in Bihar today. Braving the Corona pandemic, millions of devotees offered Araghya to rising Sun on the banks of Ganga and other rivers which marked the end of four-day Chhath festival in Bihar. The government had issued an advisory to people to observe Chhath festival in their homes as far as possible but despite such advisory, a large number of people had thronged on the bank of Ganga and other rivers in the state to offer Araghya to Sun God.

All arrangements were made to protect the people from any possibility of getting infected with Coronavirus. Medical teams were deployed on the banks of Ganga and other rivers to assist people to remain protected from the Corona pandemic. Bihar Chief Minister Nitish Kumar also offered ‘Araghya’ to rising Sun at his official residence. His close family members had observed the Chhath festival there. Governor Fagu Chauhan, Chief Minister Mr Kumar, former Chief Minister Rabri Devi, former Deputy Chief Ministers Sushil Kumar Modi and Tejaswi Prasad Yadav were among those who greeted the people on the occasion of Chhath festival.